Tomato Ketchup is safe; it's NOT made of animal blood paste, cocaine, alcohol and urine 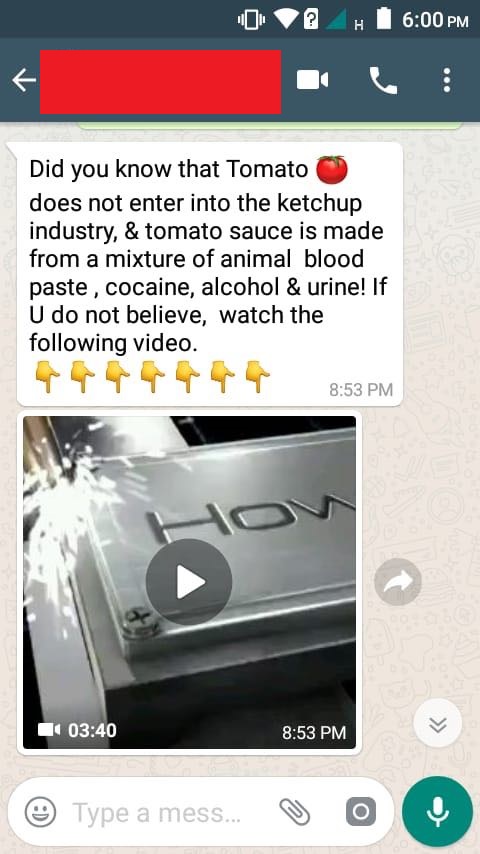 ALSO READ: This boy who’s singing is not a martyr’s son

Shockingly the message is attached with a video which shows the making of Organicville Tomato Ketchup and in the voice over the ingredients shown in the video are said to be animal blood paste, cocaine, alcohol and urine.

But need not to worry as when NewsMobile did a fact check of the video, it revealed that though the making of the video was real, but the voice over was FAKE.
The voiceover was done to a video which was originally from Discovery Science’s famous show How Its Made and the original video was not even close to what the claims were made in the FAKE video.
Here’s the original video:

Files related to Nirav Modi's Rs 11,000 cr scam did not ravage in fire

Digvijaya Singh, that picture is originally from Rawalpindi not Bhopal