Ever since IAF pilot Wing Commander Abhinandan Varthaman has returned to India after being captured by Pakistan, a lot of Fake news is being circulated in his and his families name on social media.
Now, a picture of Prime Minister Narendra Modi with a woman and a kid is going viral claiming that they are Wing Commander Abhinandan’s wife and son.
#अभिनंदन की पत्नी और बेटा #प्रधानमंत्री जी के साथ ♥️🚩🙏 – the caption claimed. (Translation – Abhinandan’s wife & son with PM )

FACT CHECK
When NewsMobile Fact Checked the claim, we found it to be FAKE.
A picture shared by the verified Twitter account of the Defence Ministry Spokesperson on March 2, shows Defence minister Nirmala Sitharaman sitting with Wing Commander Abhinandan Varthaman and his family during his medical checkup in Delhi.

. @DefenceMinIndia meets the #AirWarrior #AbhinandanVarthaman at his hospital room in Delhi to convey the sentiment of the Nation. Appreciates his impeccable combat skills as well as calmness in adversity. Interacts with the family and the hospital staff too. pic.twitter.com/PrAf3X7rEj

A closer look at the two picture showed us that the women and the kids in both pictures are different. 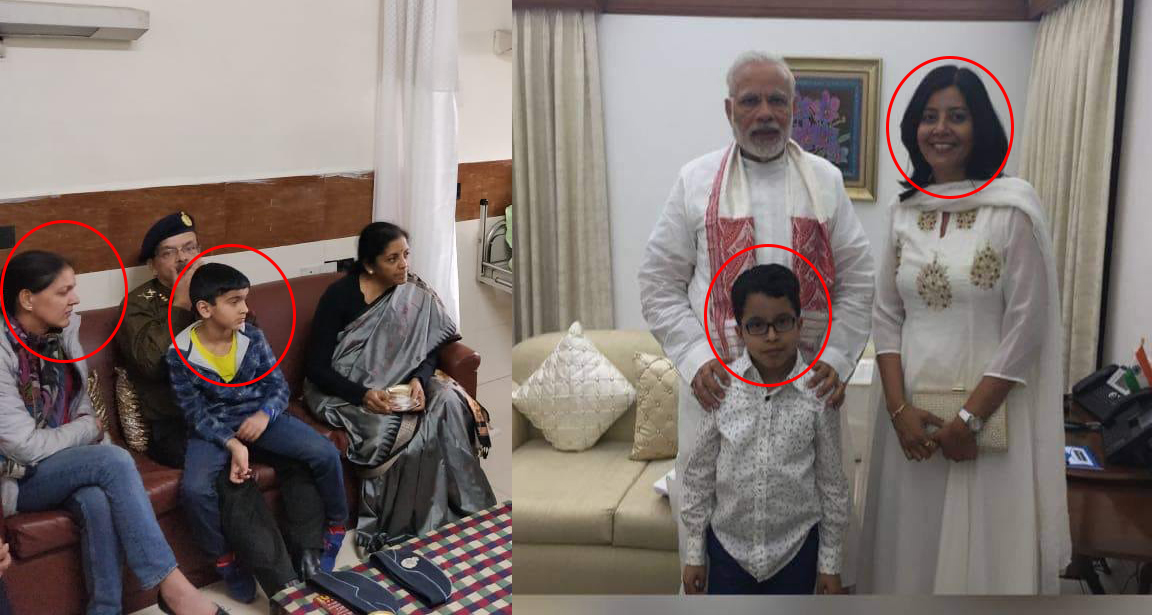 A picture old picture of  Abhinandan proves that the lady in the viral picture with the PM is not his wife. 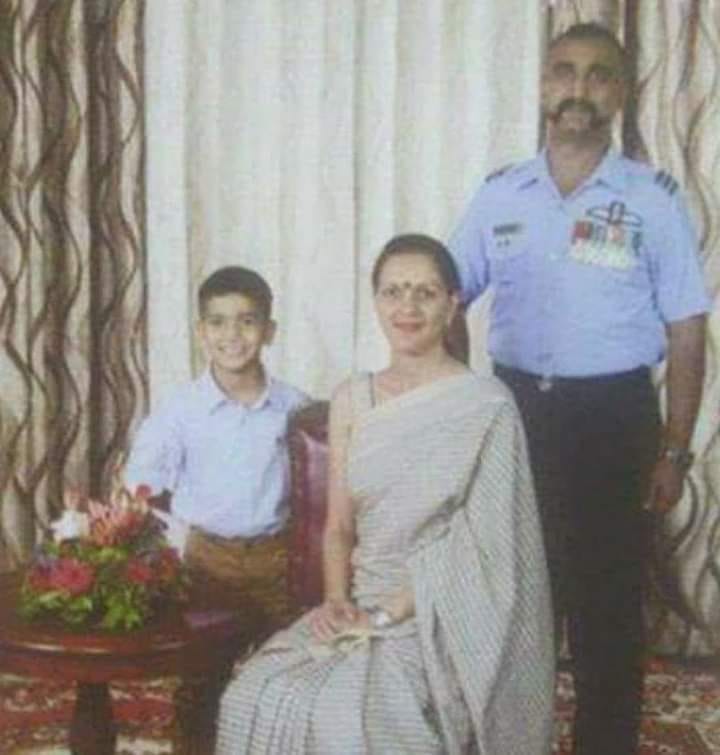 NO! This man did not get plastic surgery to date his ex-girlfriend; Here's the truth