ALSO READ: No! NaMo’s mother doesn’t have Akhilesh Yadav’s picture on her wall 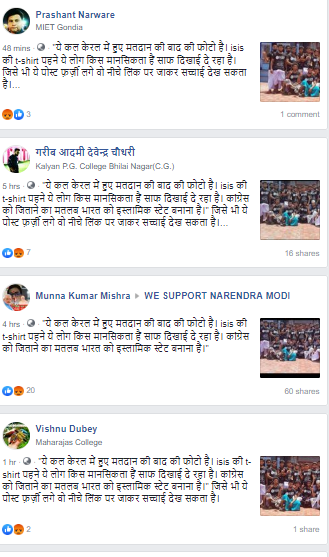 Team of fact-checkers at NewsMobile checked the viral picture and found that the claim attached to the photo is FAKE.

On putting the image through Reverse Image Search, we found the original picture on ‘The Hindu’.
Related Posts
English

Dec 16, 2020
The photo was taken on August 4, 2014, in Tamil Nadu. A group of 26 Muslim clicked photos sporting black T-shirts with the emblem of the ISIS (Islamic State in Iraq and al-Shams) in front of a mosque at the coastal town of Thondi in Ramanathapuram district. 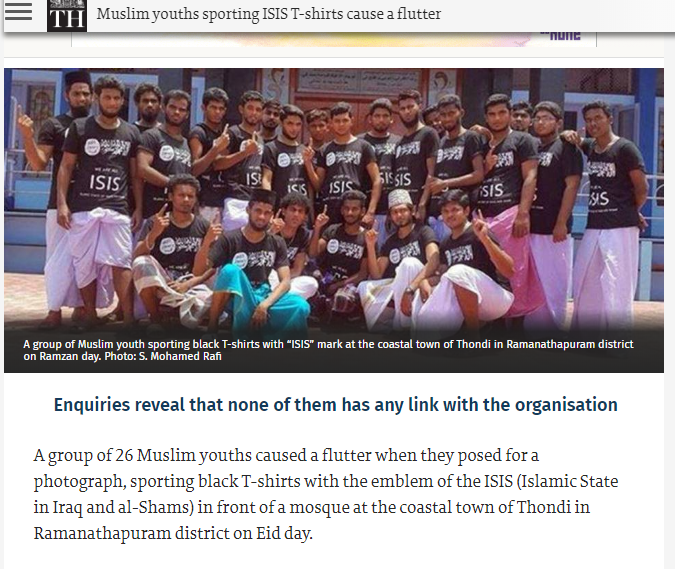 The above information proves that the claim is FAKE and the post shouldn’t be shared.

Did Navjot Singh Sidhu get thrashed in Punjab? Here's the fact check

PM Modi's wife did not urge voters to vote against him; here's the fact check