This picture is not from the funeral of the richest man in Kuwait; here's the fact check

A picture of a man with several other pictures of diamonds, gold bars, airplanes, etc is being shared on facebook with a claim that is the funeral of the richest man in Kuwait, Nassi Al Kharki.
” The Richest Man in Kuwait…Nassi Al Kharki has passed away..Check out all his Treasure assets..can’t carry any one things..” the caption read.

NewsMobile fact-checked the post and found that he is not the richest man of Kuwait.
On putting the image through Reverse Image Search, we found an article published in Daily Mail. According to the article, the man was from Trinidad and Tobago. The article published on April 4, 2018, states that the millionaire real estate mogul, Sheron Sukhedo, was gunned down in a drive-by shooting.
At his funeral, he was laid in a gold casket wearing $100,000 worth of jewellery.
An article published in the Metro reported that the jewellery was worth £100,000. 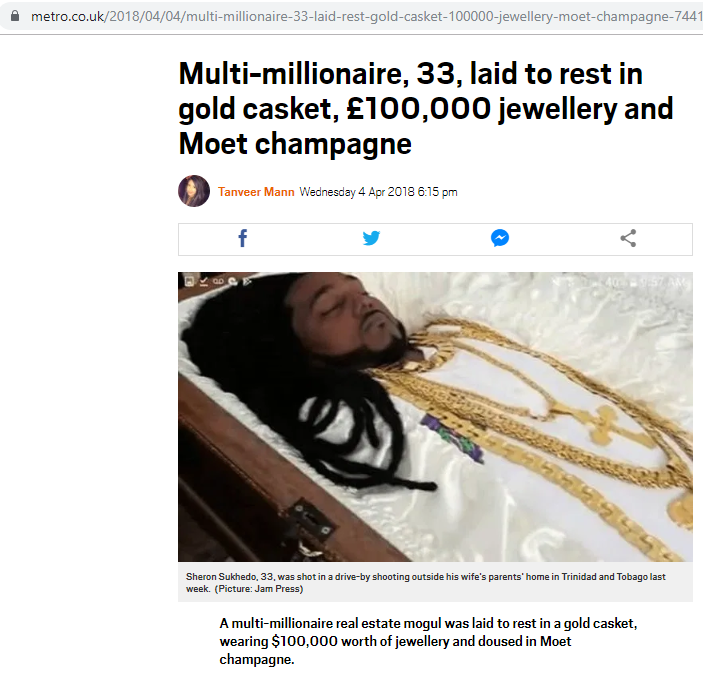 Moreover, a simple Google search led us to the Forbes website, according to which, the richest man in Kuwait, as of 2019, is Kutayba Alghanim, the chairman of Alghanim Industries. 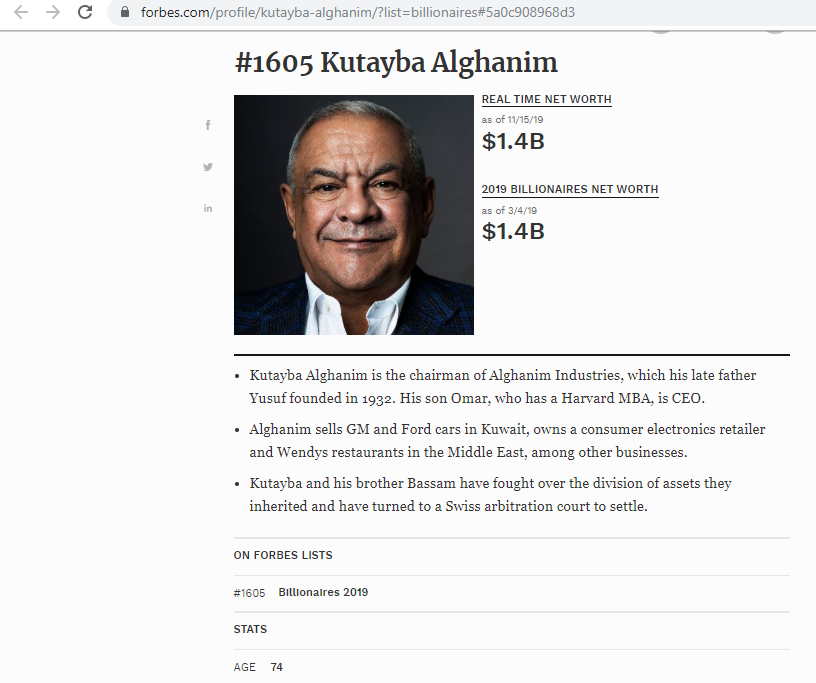 Also, we couldn’t find any person named ‘Nassi Al Kharki’ on the list. We, however, found a  post on Nasser Al-Kharafi. The Chairman of MAK Group, Al-Kharafi passed away in 2011. He had a net worth of US $10.4 billion. 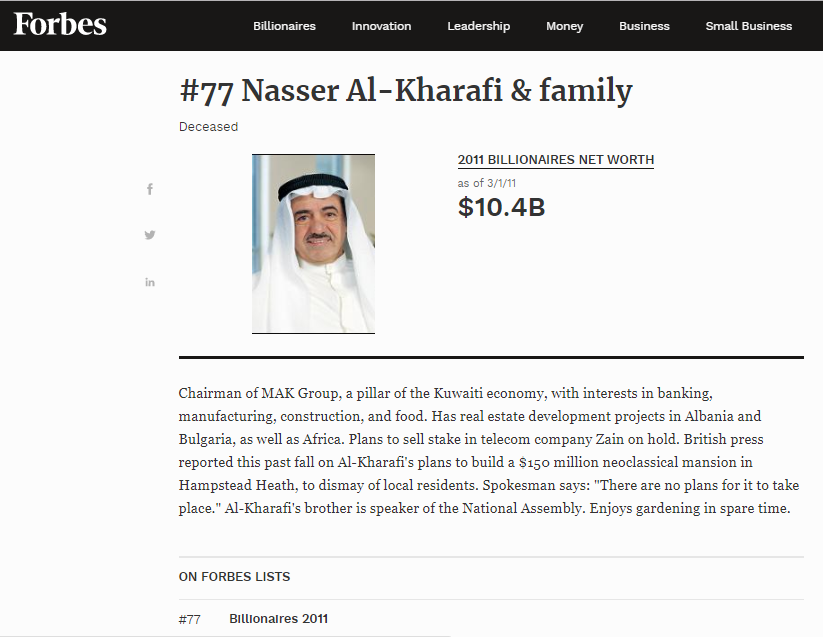 NewsMobile also fact-checked the rest of the images.
The image of the gold bars is of a Bank Of England. You can see the articles here and here.
The image of the car is of a customized Mercedes-Benz SL600, Luxury Crystal Benz, studded with 300,000 Swarovski crystal glass.
We found the image of the golden bed on several websites where it was on sale. However, we could not independently verify the origin of the picture.
The crystal stairs are a part of the MSC Fantasia cruise ship where the stairs filled with Swarovski crystals. You can read about it here and here.
The golden jet is the Golden Dassault Falcon 900EX. You can see the golden yacht here and here. The golden car was also featured in an article titled ‘Rolls-Royce Phantom Drophead Coupe Gets Chrome Gold Treatment’.
The above information proves that the man in the picture is not the richest man in Kuwait and the other pictures in the post is are not related to him.

No, Dwayne ‘The Rock’ Johnson is NOT dead after a stunt accident, here's the truth!

Don't believe this news of a hotel cleaner stealing sperm from used condom; it's a satire