The truth about this post attributed to Kirron Kher

A picture post is making rounds on social media which has a controversial quote attributed to BJP MP from Chandigarh, Kirron Kher.
The quote in Hindi read: “बलात्कार तो सदियों से हो रहा है, ये संस्कृति का हिस्सा है, इसे हम रोक नहीं सकते,” किरण खेर.
(Translation: “Rape is happening for centuries, it is a part of the culture, we can not stop it,” Kirron Kher). 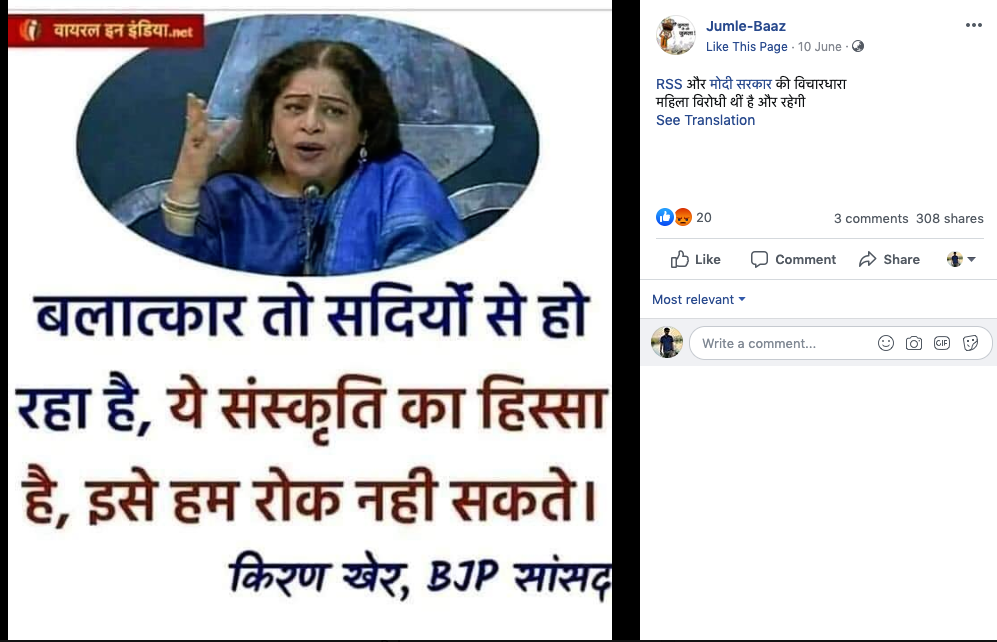 When NewsMobile fact-checked the above post, we found it to be false.
On putting the text on Google, there was no reliable source to confirm that Kirron Kher made the above statement. 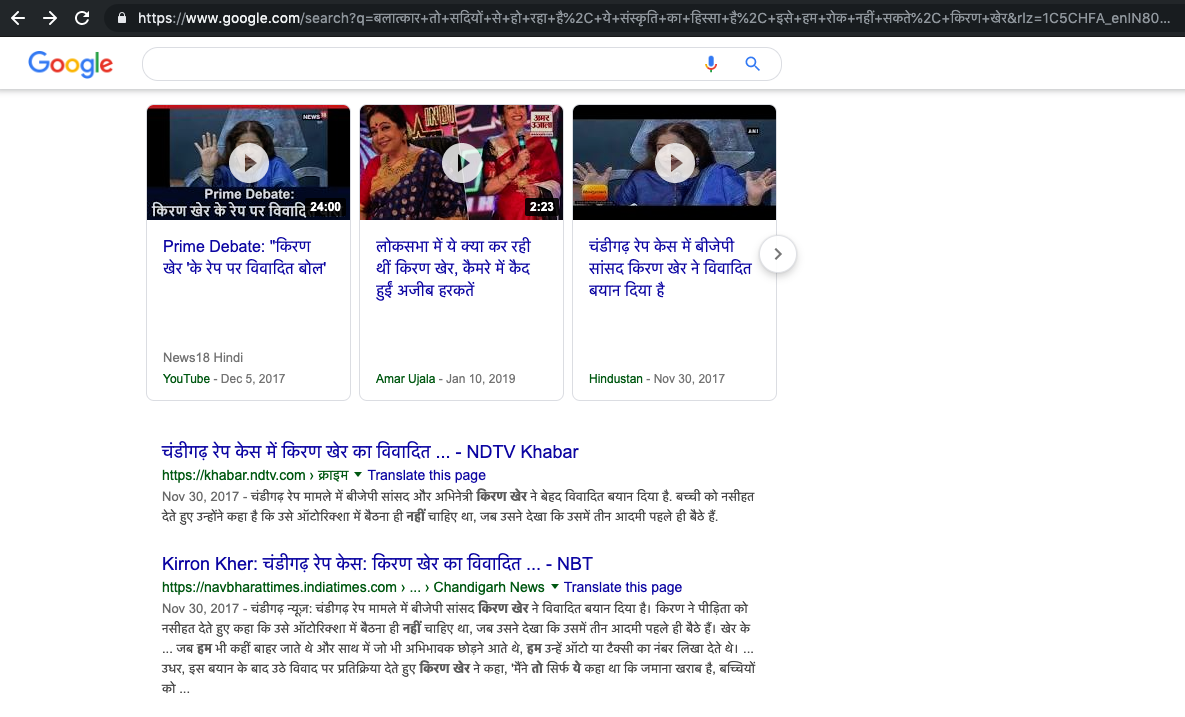 But we found a video in which she had made a controversial statement on the infamous rape incident in Chandigarh which took place in 2017.

#WATCH BJP MP Kirron Kher says ‘she (Chandigarh rape victim) should not have boarded the auto rickshaw when she saw three men sitting in it’ (29.11.17) pic.twitter.com/Daqe95rTIO

Hence, the information proves that the viral post is FAKE.