The picture of this injured infant is not from CAA protest; don't believe this FAKE news

Amid nationwide protests again the Citizenship (Amendment) Act, 2019, a picture of an injured baby is doing rounds on social media with a claim that he was injured during the protests in West Bengal.
“What was the mistake of this toddler that he will remain one-eyed for the rest of his life?
He was on his way to the hospital in an ambulance when a stone missile into his eye. This happened in West Bengal two days ago. Stones were pelted on the ambulance by PEACEFUL PROTESTERS of Mamta.No word” the caption read.

NewsMobile fact-checked the viral post and found the claim attached to it to be false.
On putting the image through Reverse Image Search, we found that this image was featured in a lot of places on different dates with different claims.
We found this image in an article published on the website of Ebaa News dated September 25, 2018. The title in Arabic read, “American aircraft commits a new massacre against the people of Afghanistan.” 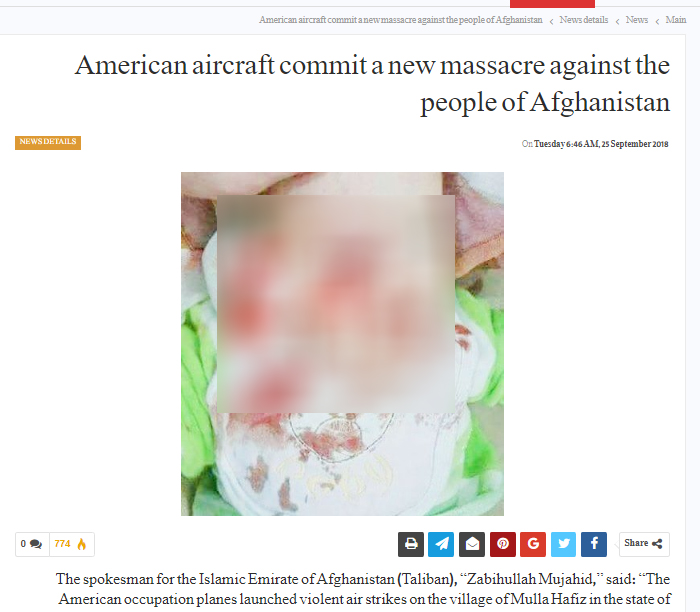 The same picture was also uploaded by a Twitter user on October 2, 2017.

We found another tweet dated November 24, 2016, featuring the same picture with the caption – “As the heinous CrimesAgainstWomen r increasing everyday,what @PMOIndia @HMOIndia @CPDelhi is doing?!”

NewsMobile independently couldn’t verify the origin of the picture but the above information proves that the picture has been in circulation for several years now, which proves that this picture is not related to the latest protests against CAA.

Modi govt at war with its own citizens? No, UNESCO made no such declaration