Sanjay Dutt didn't convert to Islam; here's the truth behind this viral picture

A picture of Bollywood actor Sanjay Dutt has surfaced on the social media in which he can be seen wearing a skullcap.
The caption with the picture claimed that he has converted to Islam and he was holing iftar after keeping Roza during the holy month of Ramzan.
The caption read: “Ramzan ke Mauke pe Sanju Pure Roze Rakhte he Roza aftar krte hue Sanjay Dutt.” 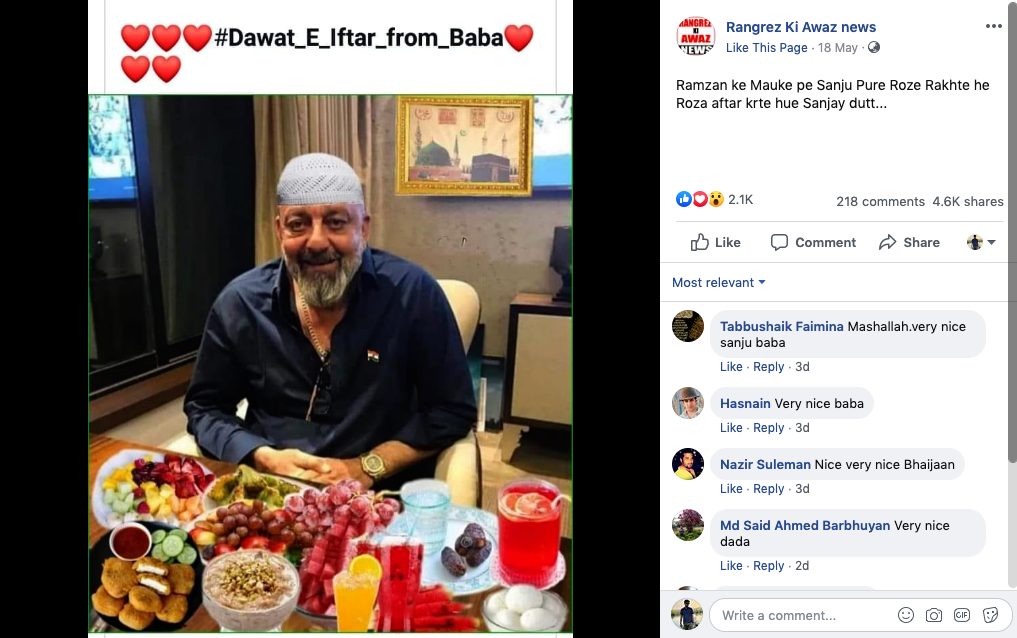 ALSO READ: No! The claim attached to this video is FAKE 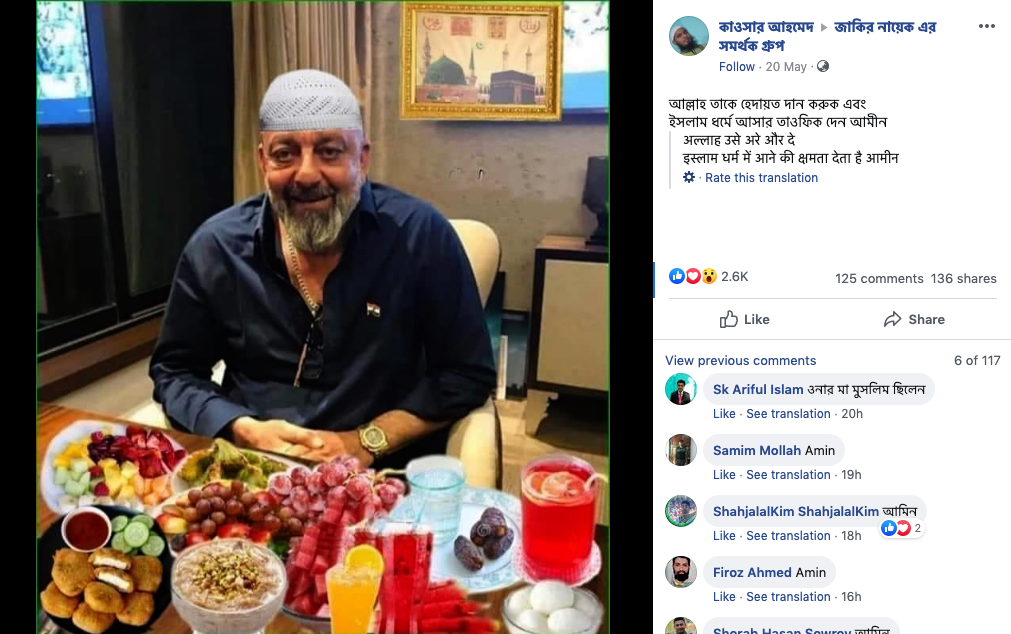 When NewsMobile fact-checked the above picture, we found it to be FAKE as it was photoshopped.
On putting the picture through Reverse Image Search, we found the original picture of Sanjay Dutt which was posted by one of the fan pages of the Khalnayak actor. In the original picture, he was not wearing a skullcap and there was no food on the table. 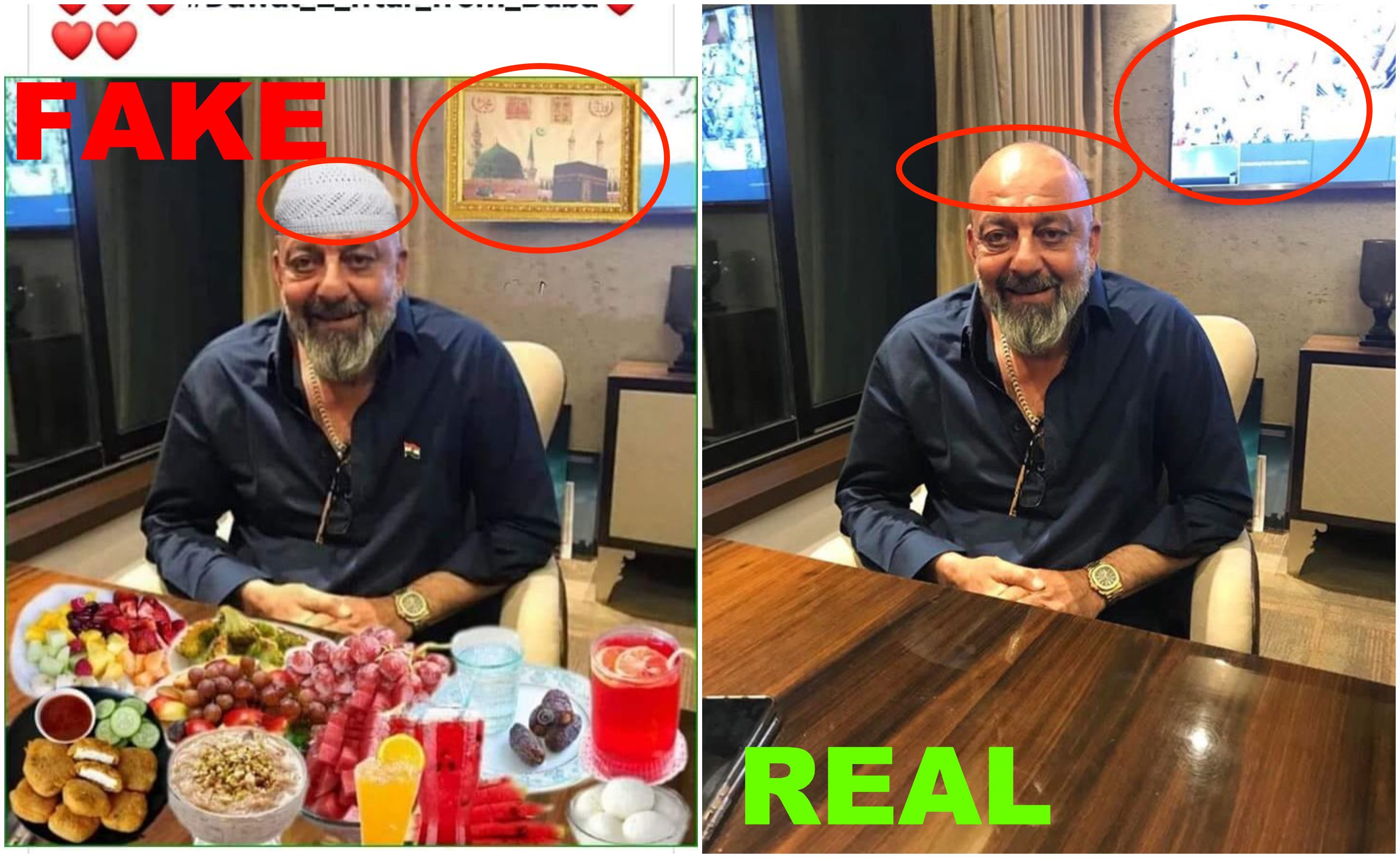 In FAKE vs REAL collage, it is very clear that how the real picture is manipulated using Photoshop software.
Hence, this proves that the viral picture is FAKE.

The crowd was not cheering after seeing the exit polls; here's the truth behind this viral video

Fact Checked: Find the truth about this Amul Ad