PM Modi firing with a rifle at a screen with RaGa on it? Here's the truth behind this viral video

A video is doing rounds on social media in which Prime Minister Narendra Modi can be seen firing a rifle at a screen with Congress leader Rahul Gandhi on it. 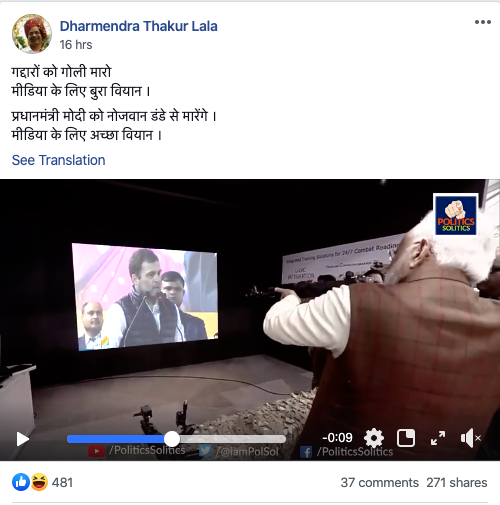 The video has a tag on the top right that attributes it to ‘Politics Solitics’.

NewsMobile fact-checked the video and found it to be FAKE.
A simple Google search with relevant keywords from the video revealed the truth.
We came across several news reports that show the video of PM Modi firing the rifle at the DefExpo 2020 in Lucknow which started on February 5th, 2020.

As it is clear in the above video tweeted by the official handle of newswire ANI UP, PM Modi is actually at a virtual firing range and is seen testing his aim with an assault rifle. Furthermore, when we see what he is pointing the gun at, it is a white screen with virtual aims for the shooting range.
The image from the event was also Tweeted by the official account of DefExpo2020 with the caption “PM Narendra Modi at Defence Expo in Lucknow”. 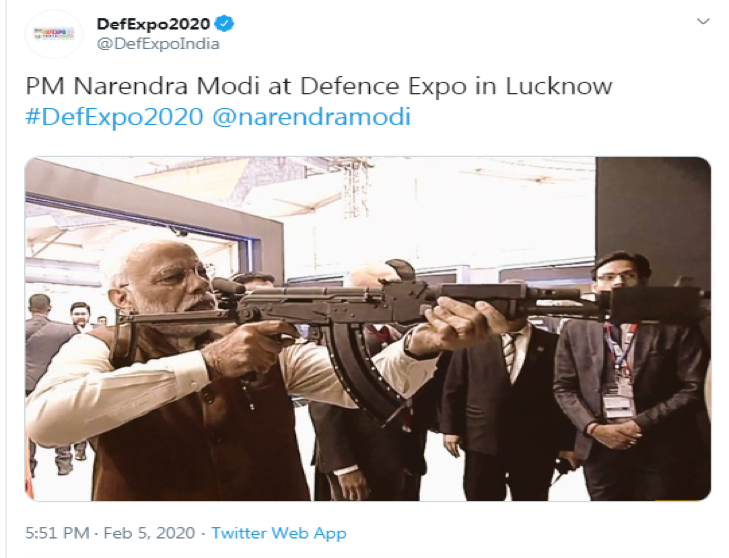 Hence, the video is fake and does not feature Rahul Gandhi in any manner.

China seeking court’s approval to kill the over 20,000 coronavirus patients? No, this news is FAKE