Pakistani players were not checked during the match against India; here's the fact check

A day after India’s clash with Pakistan in World Cup 2019, a picture is making rounds on social media in which Indian cricketers and Pakistani cricketers are seen standing in a horizontal formation on the field and the Pak players are being frisked by security officials. 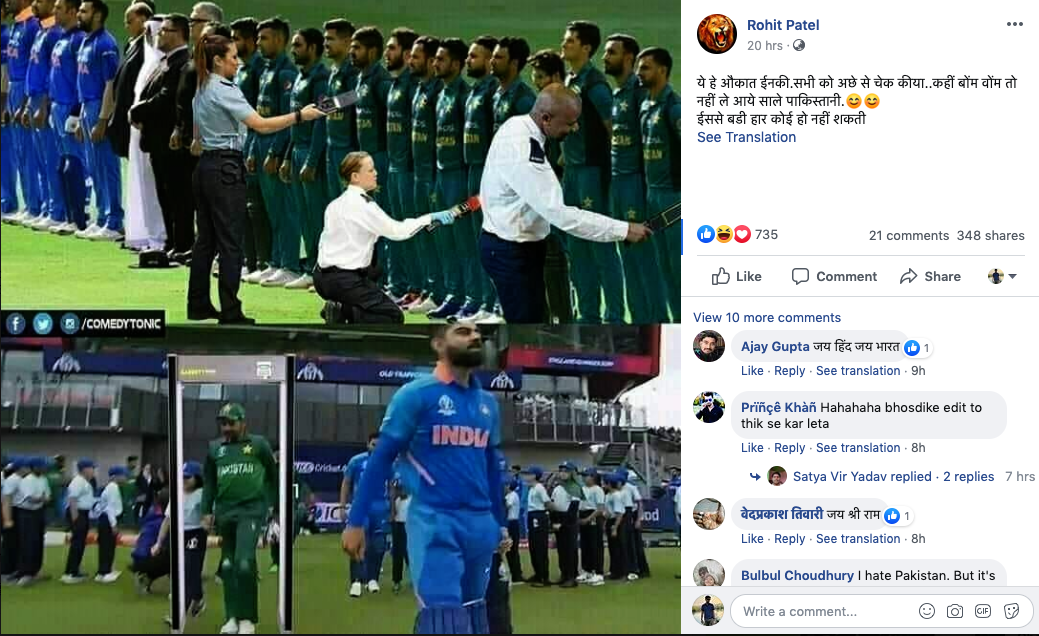 The team of fact-checkers at NewsMobile checked the above picture and found it to be FAKE.
When we cropped the two picture and put it through Reverse Image Search individually, we found the original picture which shows that no one is checking the Pakistani players.
We further found that the Getty Image on their official website was originally taken on September 19th, 2018 during Asia Cup. 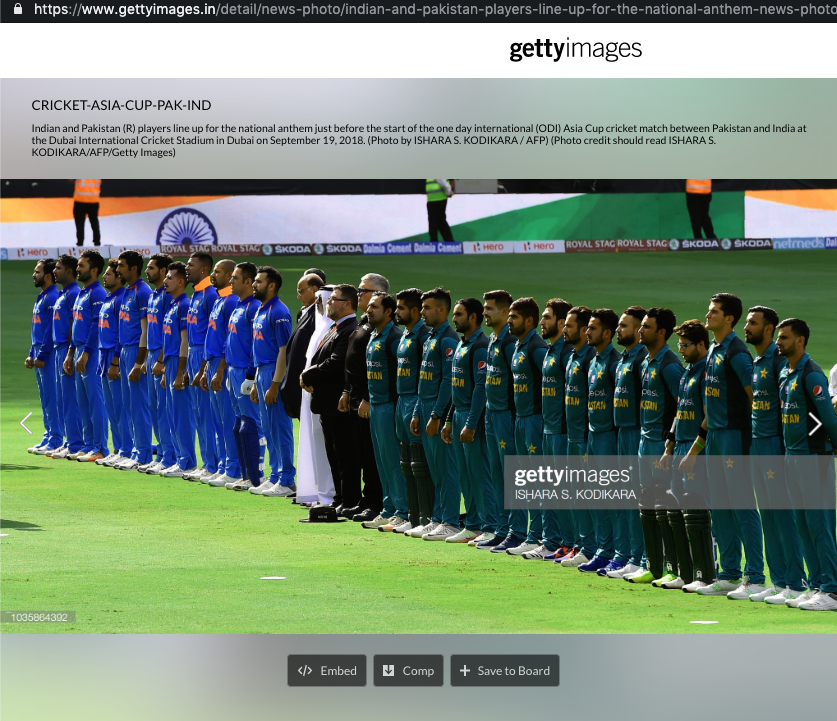 In the above picture, players of both the teams are actually standing for the national anthem before the match.
Hence, the above information proves that the viral post is FAKE.

No! This Pakistani man was not singing the Indian National Anthem at CWC'19

This man in the picture is not the 'tallest man in the world'; here's the fact check