No! This picture was not taken after Solan building collapse

After the collapse of a multi-storied building in Solan district of Himachal Pradesh on July 14, a post surfaced on the internet on which mortal remains of soldiers can be seen.
The caption of the picture read: “कल हिमाचल के सोनल में 10 जवान शहीद हुए और कई घायल हो गए इन शहीदों को शत शत प्रणाम”
(Translation: Yesterday, 10 soldiers were martyred in Solan, Himachal, and many injured. Hundreds of salutes to these martyrs.) 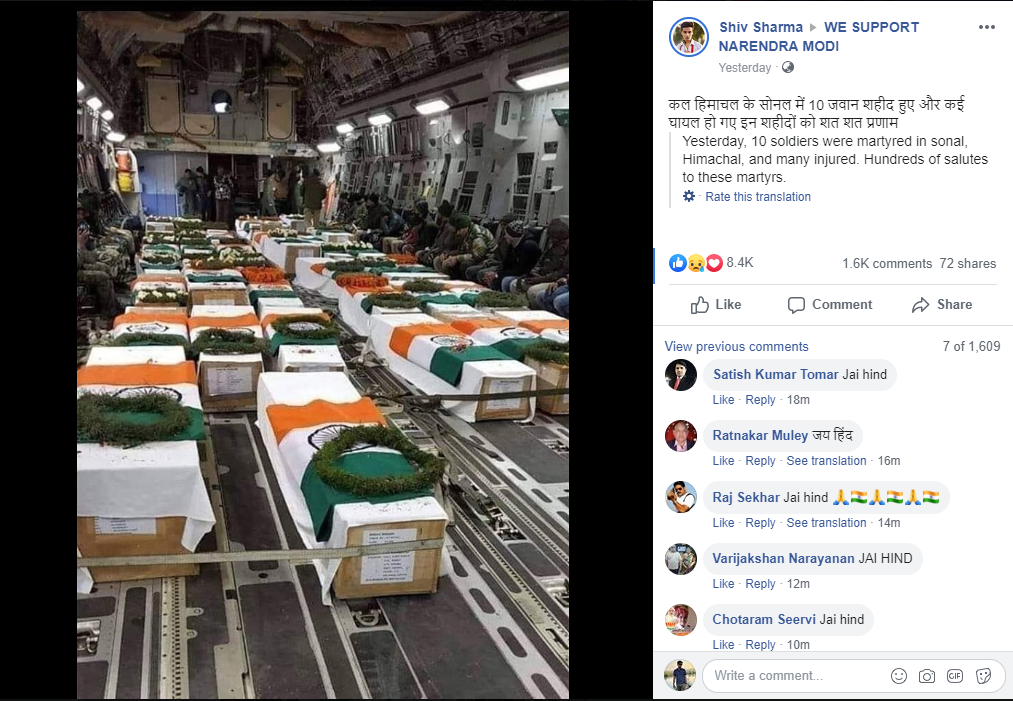 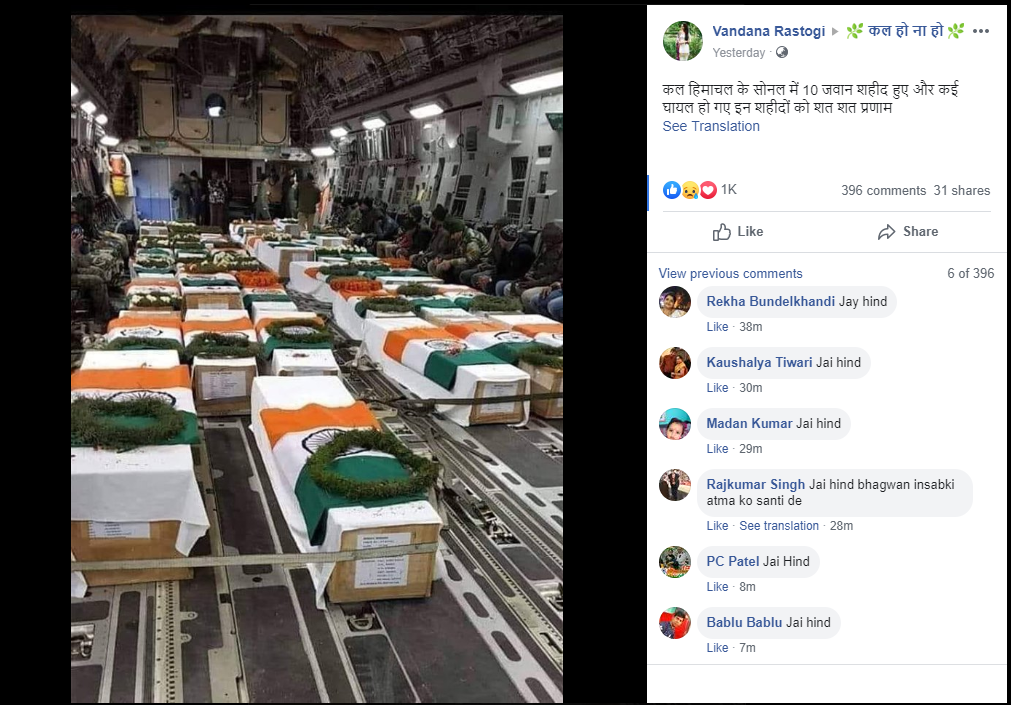 When the fact-checking team at NewsMobile did a fact-check, we found that the picture is OLD.
On putting the picture through Reverse Image Search, we found the original picture in an article by Reddit dated February 16, 2019.
The headline read: “The mortal remains of the martyred Indian soldiers from the Pulwama terrorist attack being taken to their hometown for cremation.” 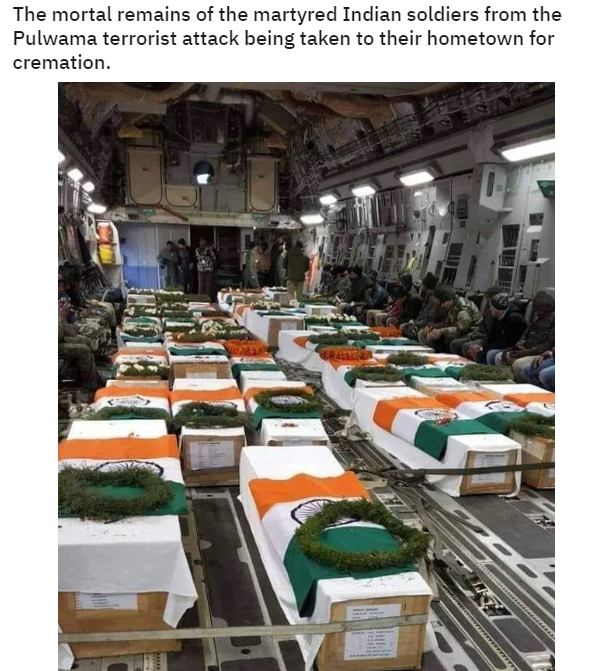 Hence, the above information proves that the picture is old and is not taken after Solan building collapse.

This information about India Gate is FAKE; here's the fact check