No! Raveena Tandon did not make this statement about Hindus

A picture post is making rounds on social media in which a quote is attributed to actor Raveena Tandon in which she is talking about how Hindus are becoming a minority.
The text in the picture read: “Hindus have lost Pakistan and Bangladesh. Hindus are extinct in Kashmir and becoming minority in Kerala Assam etc. Still bigots like Raj Nayak are spreading a myth that Mughal invaders failed to harm Hindus in 1000 years and India will never become an Islamic country- Raveena Tandon”

The true words of Raveena Tandon

When NewsMobile fact-checked the above post, we found it to be fake.
On searching the text on Google, none of the results appeared close to what has been claimed to be said by Raveena Tandon. 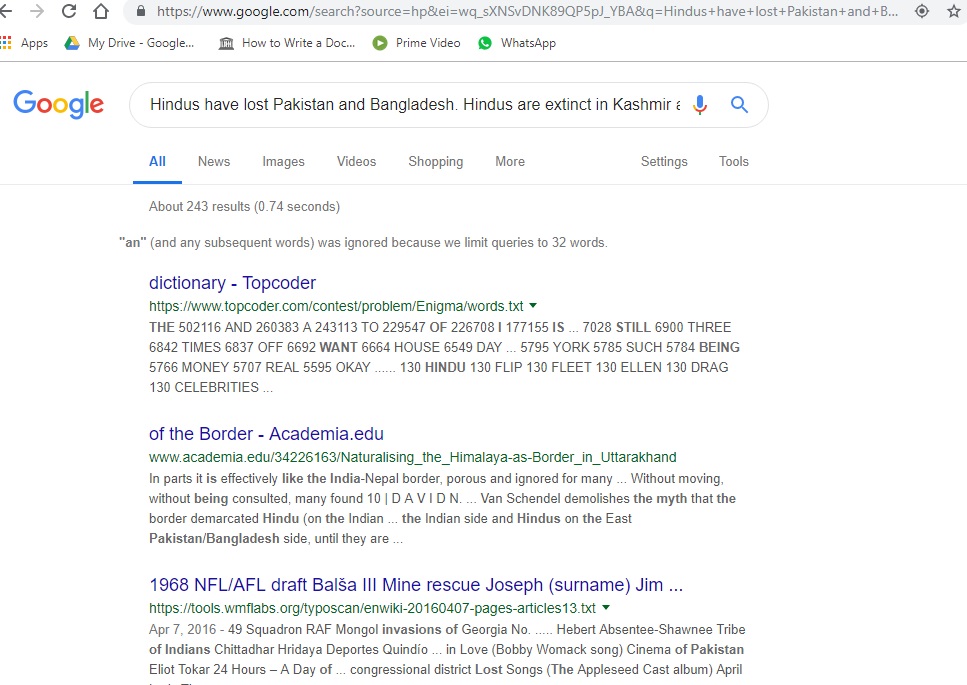 We further scanned through Raveena Tandon’s verified social media handles and there also she had not posted anything on the lines of what has been claimed.
Hence, this proves that the post is FAKE.

No! This video of people celebrating Modi's victory is not from Balochistan

Fact Checked: Javed Akhtar didn't say that he will leave the country if Modi wins