No, Muslims in Sri Lanka are not converting to Hinduism after destroying a Mosque

FACT CHECK
When NewsMobile fact-checked the post, we found the claim to be fake.
When we ran a Reverse Image Serch on the picture, we came across many local media reports from Srilanka. We also found a report by Daily Mirror.
The per the reports, the reason being the demolition was that it was funded by a foreign organization.
The titles read – ‘Muslims demolish NTJ mosque in Kekirawa’. As per the reports, Muslims and devotees of the main mosque demolished a mosque used by the National Thawheed Jama’at (NTJ) at Madatugama in Kekirawa on May 29, 2019.
The reports also quote the chief of the main mosque M.H.M. Akbar Khan, who states that the mosque in question was funded by a foreign organization. He said they had decided to demolish the mosque considering the current situation in the country and said there was no need of two mosques. 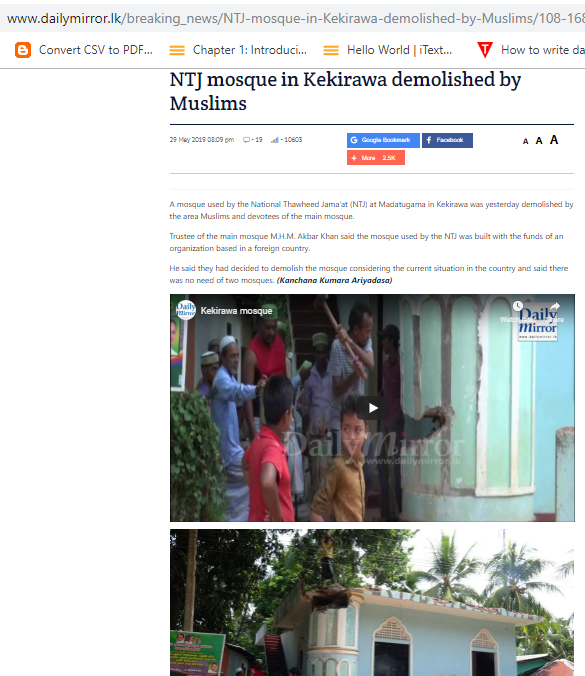 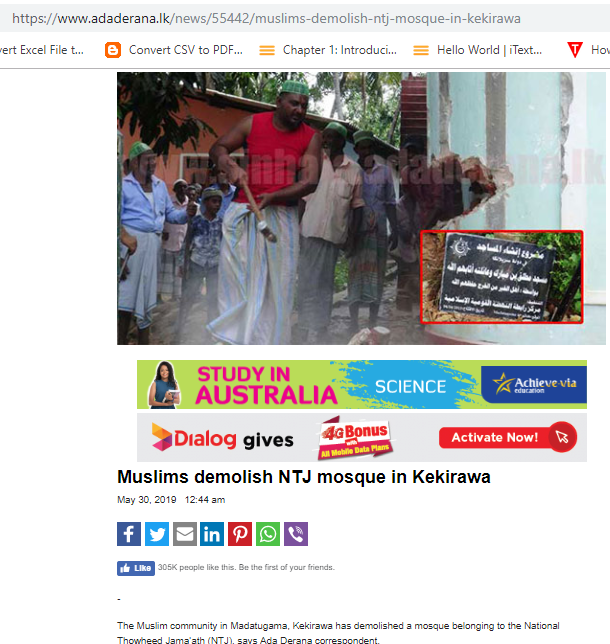 This proves that the post is misleading as the claim is False.

No! This yoga event did not take place in Japan; here's the fact check

Did Owaisi write to the UN saying 'Muslims are not safe in India'; here's the fact check