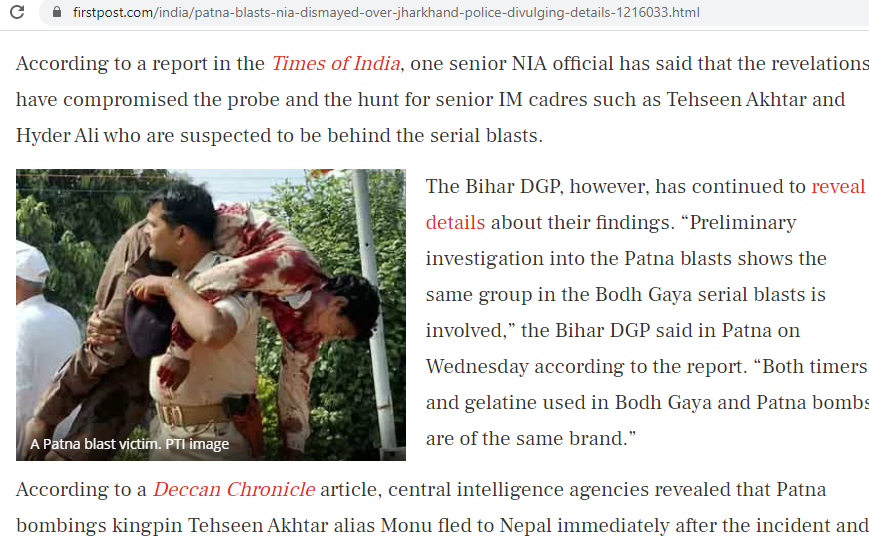 However, we also found that during the Saraswati idol immersion in Patna, violence broke out between two groups.
According to a Hindustan Times report, “more than 12 people, including four policemen, were injured in brick batting and four vehicles were set on fire in the state capital Patna.” 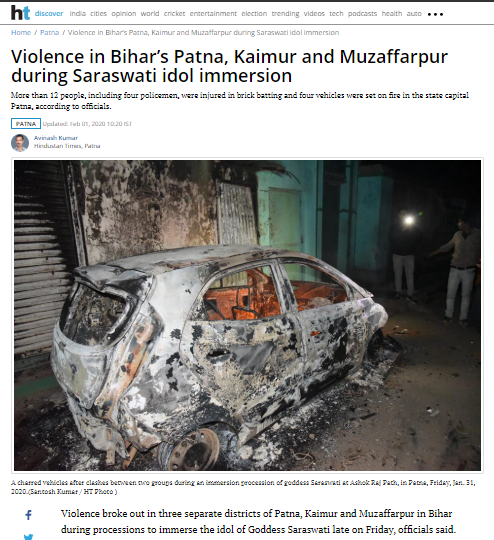 The report also states that the clash started between students of the Patna University and locals in the Lalbagh area as residents and they pelted stones at each other. Later, Another group of students later started firing and hurled bombs.
The incident was also covered by other media houses.

The above information proves that even though the claimes regarding the violence are true, the picture in circulation in old.

Fact Check: Video of BJP flag being hoisted to the Indian national anthem is OLD