Has govt taken over Mosques in Kashmir? Here's the fact check!

The central gov’t has taken custody of all the masjids in Kashmir and see yourself, why Masjids are taken into custody. pic.twitter.com/YjcxJaBJLC 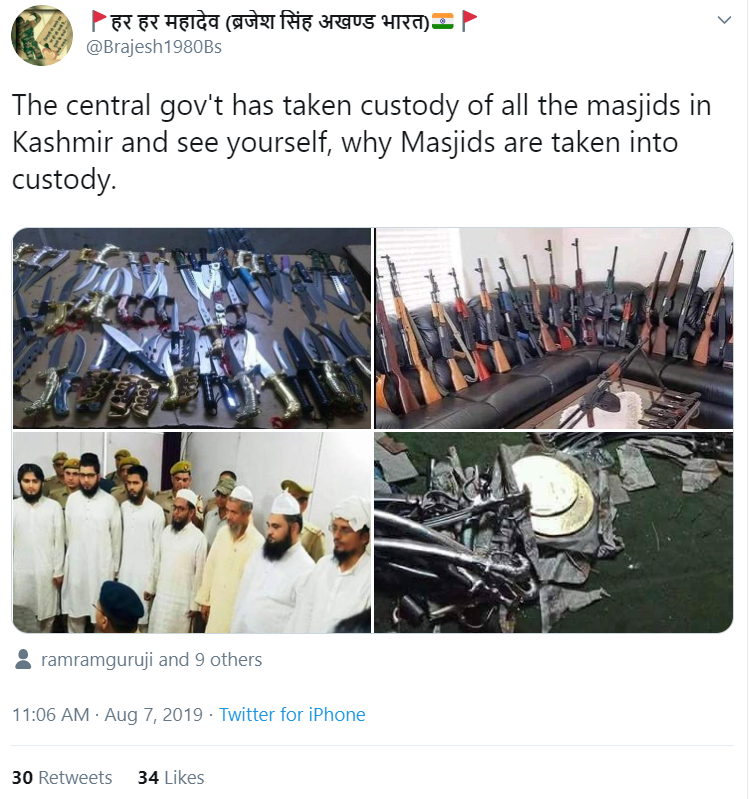 When NewsMobile fact-checked the above post, we found that the claim attached with the post is FALSE. 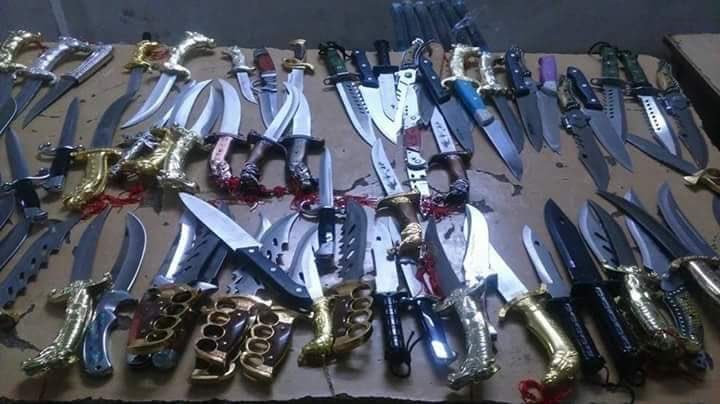 The above photograph is from 2016. On putting the pictur through Reverse Image Search, we came across a news report of March 2016, on a portal Gujarat Headline, according to which these weapons were seized from a store in Rajkot, Gujarat. 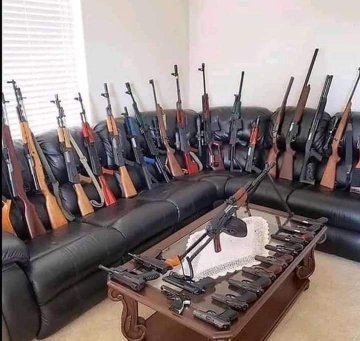 We did a Reverse Image Search of the above picture, we found a post on Tumblr with this photograph, dated March 2019. 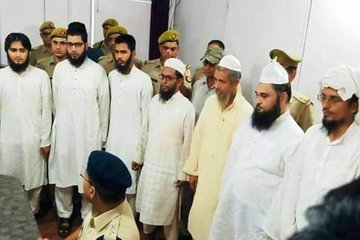 We reverse-searched the above picture and found a tweet by Shamli (UP) police which carried this photograph.

According to the tweet, the photograph is of a raid at a madrasa, in which forged documents, along with foreign currency and mobile phones were seized. The incident took place in July 2019.
Hence, the above information proves that these pictures are not from mosques in the state of Jammu And Kashmir.

Indian Army didn't set houses on fire in Kashmir; here's the truth behind this video