Find the truth behind this viral video claiming 'volcano eruption' 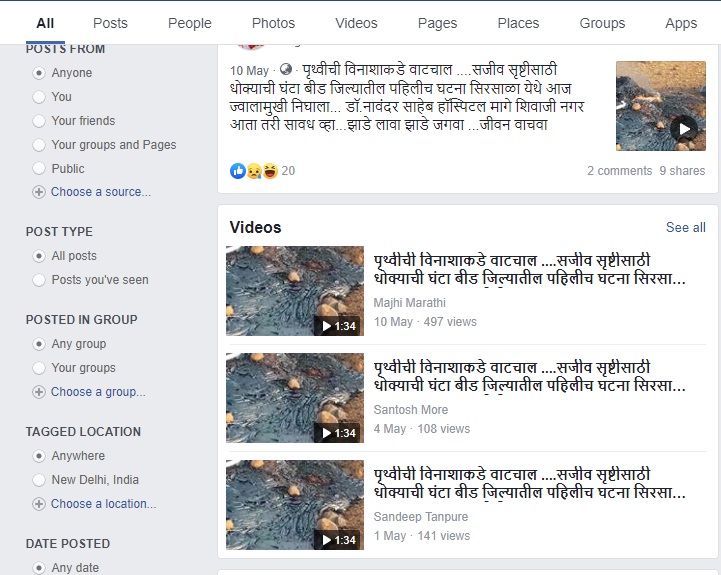 When NewsMobile team checked the claim, we found that the claim is FAKE.
On putting a screengrab of the video through Reverse Image Search, we came across an article by newswire Press Trust of India (PTI) which was published on April 15, 2019.
The incident took place at Sirsala village, Parali Vaijnath taluka of the Beed district. 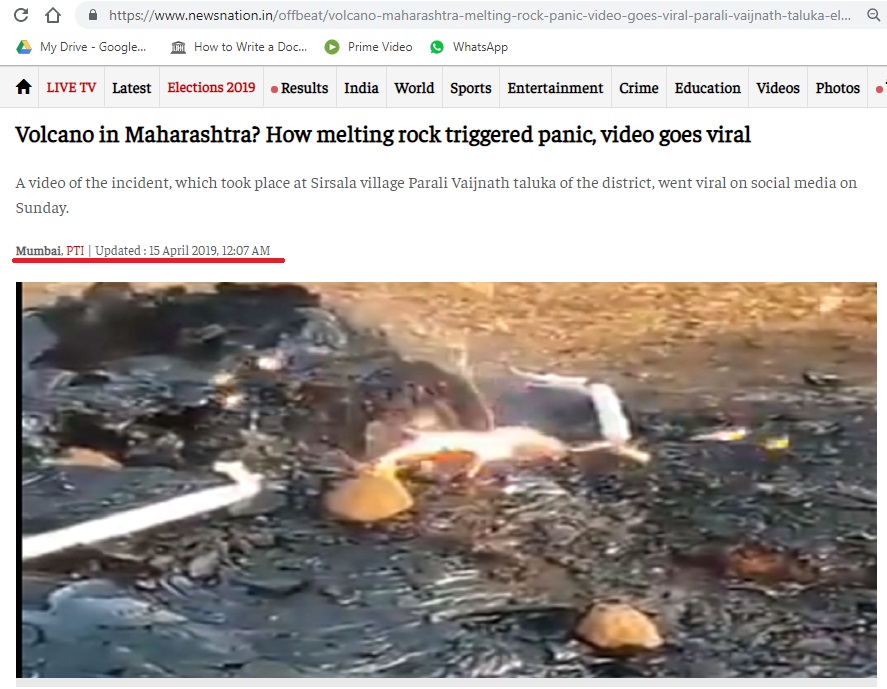 According to the article a dark, bitumen-like substance found boiling on the soil in a village in Beed district of Maharashtra triggered panic of volcanic lava among the local residents.
However, it later turned out to be rocks, which had melted after coming in contact with a high tension power cable that had fallen to the ground.
Hence, the claim is fake and the video shouldn’t be shared with the claim as it can trigger panic among people.

Here's the truth behind this picture of Yogi Adityanath, Sri Sri Ravi Shankar

No! This political activist didn’t sport this NaMo T-shirt