FAKE Alert: Iconic buildings around the world were not lit in Indian tricolours on this R-Day

In the pretext of 70th Republic Day, several pictures are making rounds on social media depicting the iconic building around the globe lit up in Indian tri colour.
Several Facebook pages with lacks of followers share the pictures which were further shared by several thousand users. 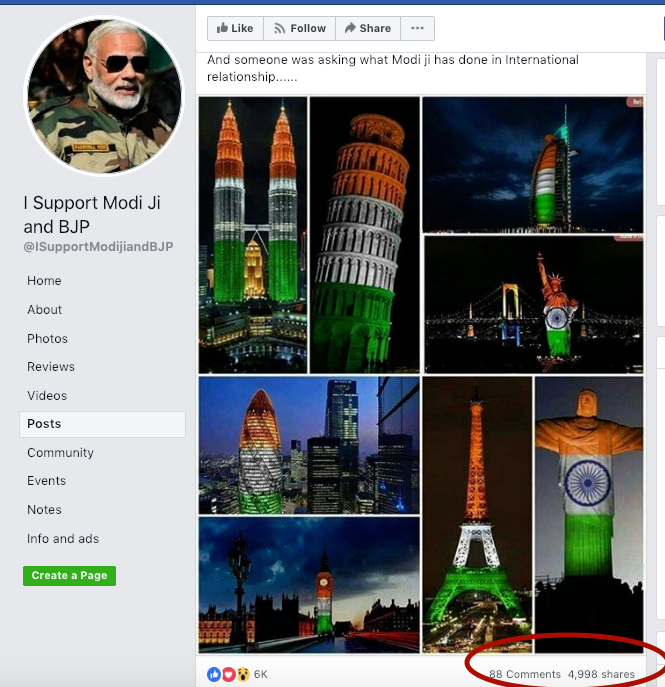 Popular Facebook page ‘I Support Modi Ji and BJP’ shared the above picture with a caption that read: “And someone was asking what Modi ji has done in International relationship……”

It went viral as at the time of filing this report, the picture was already shared by almost 5,000 users.
People went on to share the picture on Facebook and Twitter. 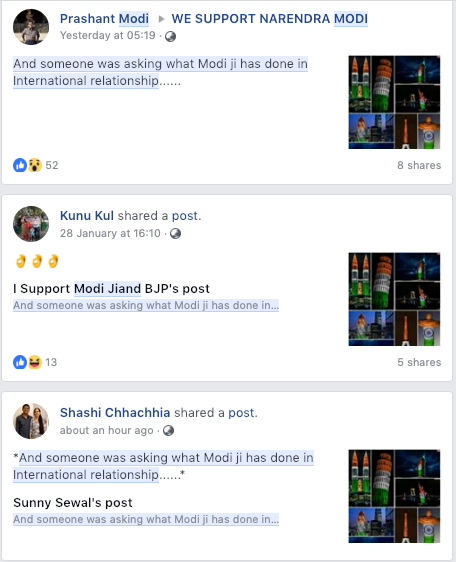 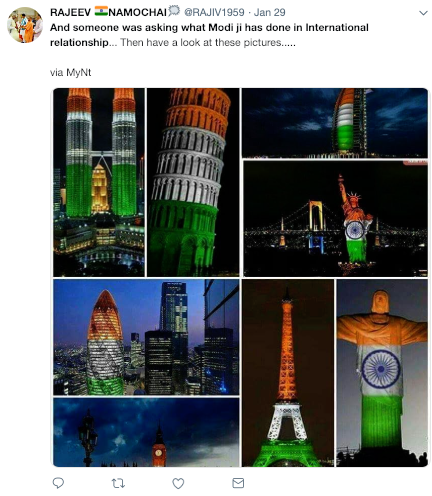 On Fact Checking the above pictures, we found that the viral pictures are FAKE.
Thought the Bhuj Khalife was lit in Indian tri-colours but it happened in 2017, not this year.

Our second show has just started! Are you watching the 68th Republic Day of India celebrations with #BurjKhalifa tonight? pic.twitter.com/FWH3nIlidY

Rest of the images are FAKE as popular Fakebook page Filter Copy put out these photoshopped pictures in 2017.

In fact, if you look closely, the pictures Filter Copy posted clearly mentioned on the right bottom corner that ‘this is an edited picture’. 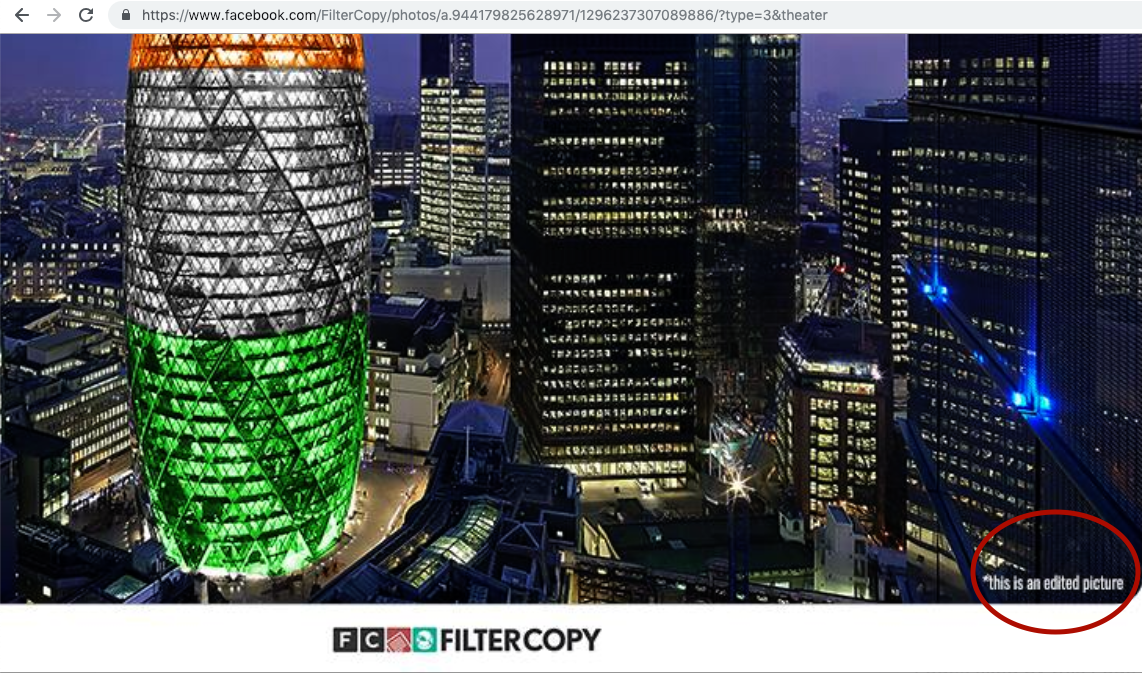 This Photo of Rajiv and Rahul Gandhi is not from Indira's funeral; Here's the truth