Fact Checked: No, Asaduddin Owaisi did not dance after Kamlesh Tiwari's murder

A video clip by news channel Sudarshan TV is going viral on social media.
In the video, Suresh Chavanke, editor-in-chief of Sudarshan TV claims that AIMIM president Asaduddin Owaisi was seen dancing after Kamlesh Tiwari’s death.
The video was tweeted by Chavanke and was shared extensively after that. 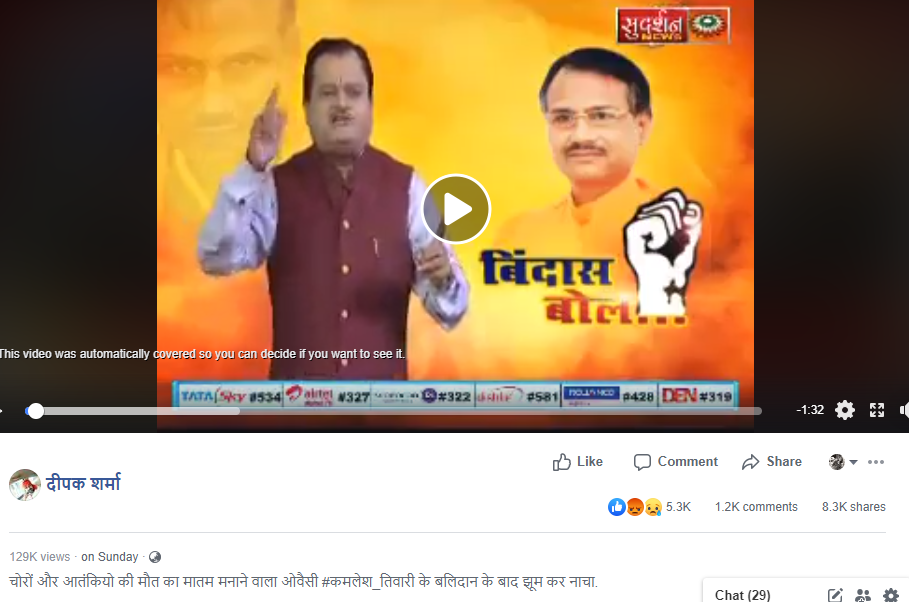 You can see the video here, here and here.

When NewsMobile fact-checked the video, we found the claim to be false.
We ran a search using the keywords ‘ Owaisi dance’ on all social media platforms and found a video uploaded by ANI on Twitter.
“Maharashtra: AIMIM Chief Asaduddin Owaisi performs a dance step after the end of his rally at Paithan Gate in Aurangabad. (17.10.2019)” the caption read.

Maharashtra: AIMIM Chief Asaduddin Owaisi performs a dance step after the end of his rally at Paithan Gate in Aurangabad. (17.10.2019) pic.twitter.com/AldOABp2yd

Lucknow: Hindu Mahasabha leader Kamlesh Tiwari has succumbed to injuries sustained after being shot at in his office, today. https://t.co/auu38lX8ZM

You can see the news reports here and here. 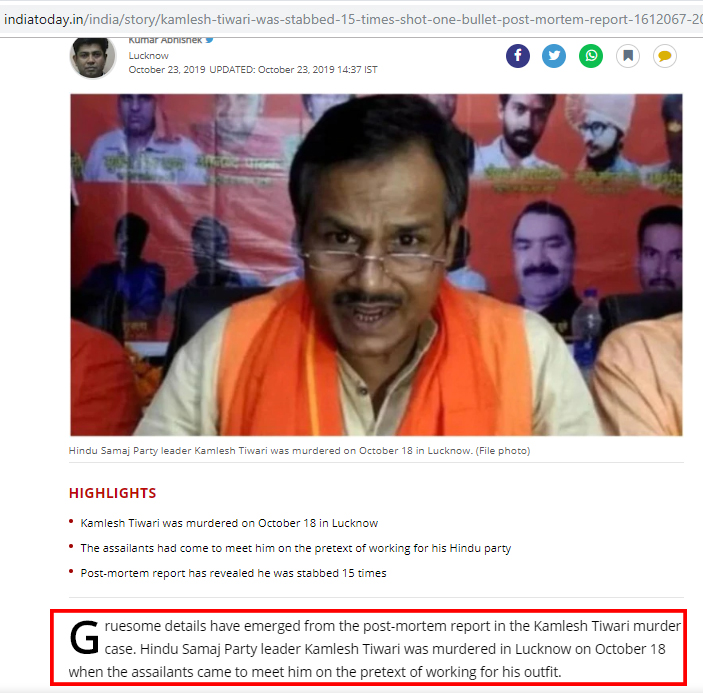 The above information proves that Owaisi was not dancing at the death of Kamlesh Tiwari and hence the claim is fake.

Deputy Director of RBI arrested by CISF for stealing cash? Here's the truth