Days after the deadly attack on CRPF convoy in Jammu and Kashmir’s Pulwama in which 40 soldiers were martyred, several pictures of politicians including Prime Minister Narendra Modi and Bihar Chief Minister Nitish Kumar are making rounds on Social Media in which they are seen laughing while paying respect to the martyred soldiers.
A collage shared on the verified Facebook page of Indian Youth Congress features PM Modi, BJP MP Sakshi Maharaj, Bihar Chief Minister Nitish Kumar and Union Minister KJ Alphons.

The caption of the post by Indian Youth Congress read: “हद होती है असंवेदनशीलता की।” (Translation: The extent is insensitivity)

At the time of filing this report, the post was shared by over 8,000 users on Facebook.
Picture of PM Modi and Nitish Kumar was widely shared on social media. 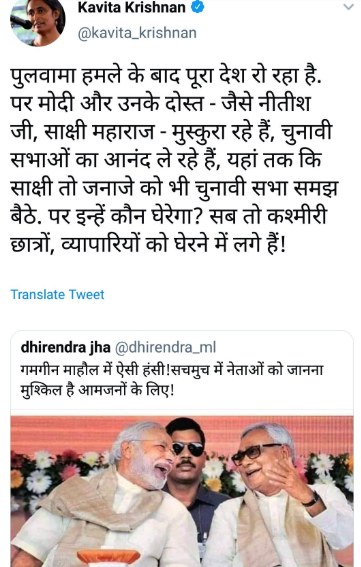 NewsMobile individually Fact Checked each picture.
Starting with PM Modi and Nitish Kumar’s picture, when we put the image through Reverse Image Search we found that the picture was taken in July 25th, 2015 during BJP’s campaign in Bihar. 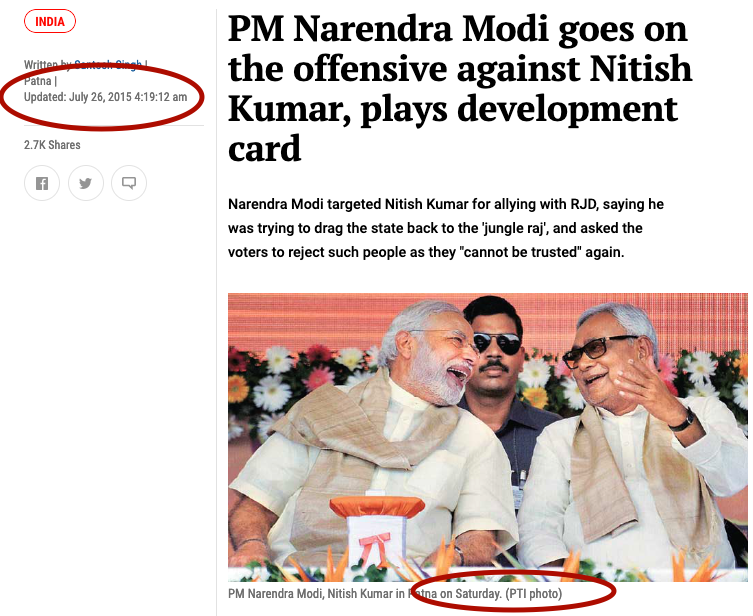 The picture was clicked by newswire PTI on July 25, 2015, and Indian Express used the picture in one of their articles. 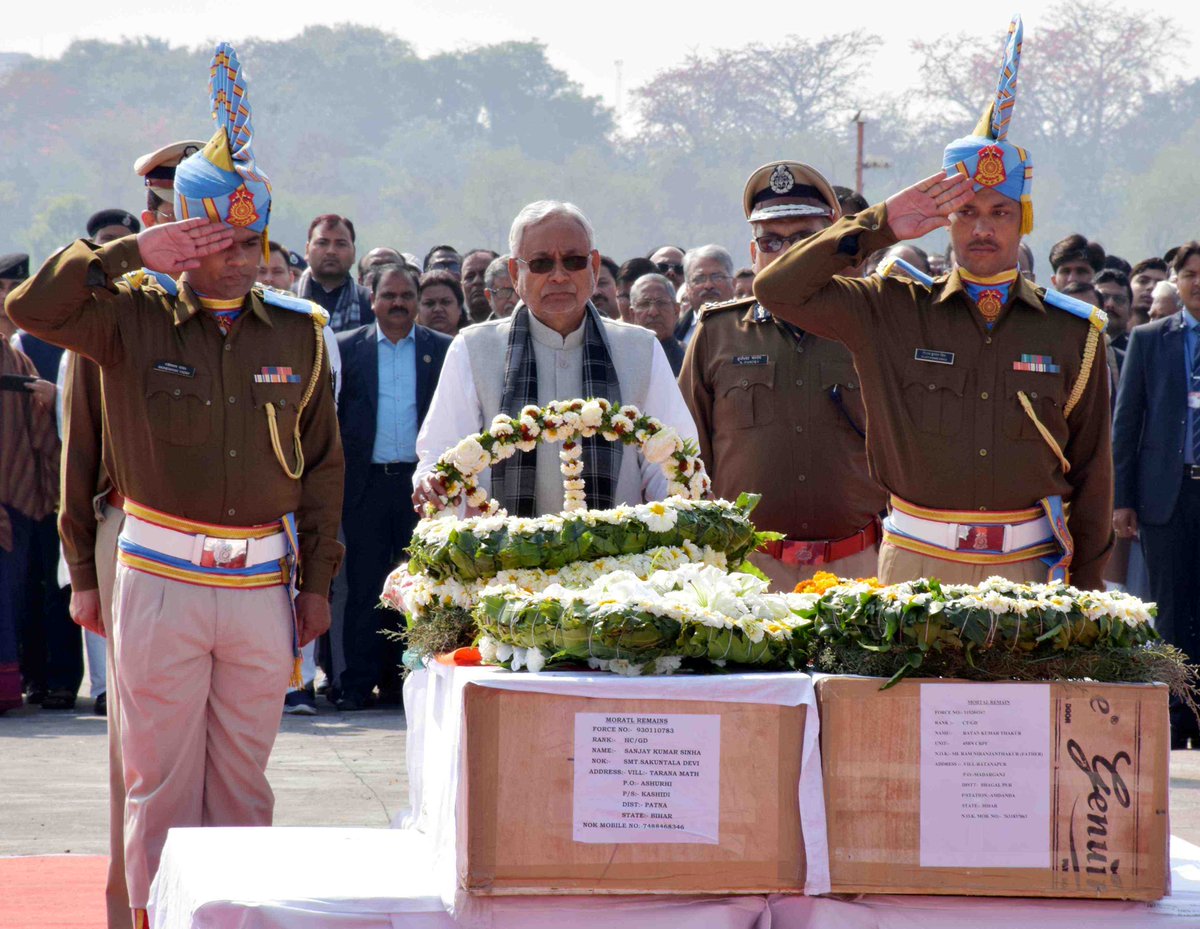 The above picture was tweeted by Nitish Kumar on February 16, 2019, when he was paying homage to Pulwama martyrs.

On closely observing the two pictures, we can see the difference in Nitish Kumar’s clothes.
Therefore, it is proven that the viral picture was not clicked when the two leaders were paying tributes to the martyrs of Pulwama attack. 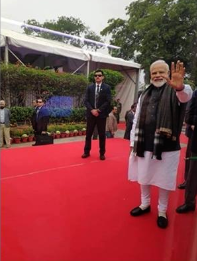 The second picture in the viral collage is PM Modi’s but not of the time when he was paying tributes to the soldiers.
The picture is from the inauguration of India’s fastest train Vande Bharat Express on February 15, 2019.

The picture on the RIGHT is the from the moment when PM Modi flagged off the Vande Bharat Express. On observing both pictures we can clearly see that PM Modi’s clothes in both pictures are the same.
Hence, claims attached with this picture of PM Modi are also false. 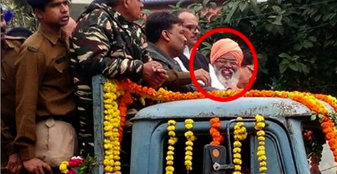 The picture of BJP Sakshi Maharaj is actually real and he was actually caught laughing when mortal remains of the martyred soldier was on its final journey. In a report by Amar Ujala, the above picture was used and it’s headline read: पुलवामा अटैक: शहीद की अंतिम यात्रा में नम थी हर आंख, वहीं खिल्ली उड़ाते दिखे भाजपा सरकार के ये सांसद 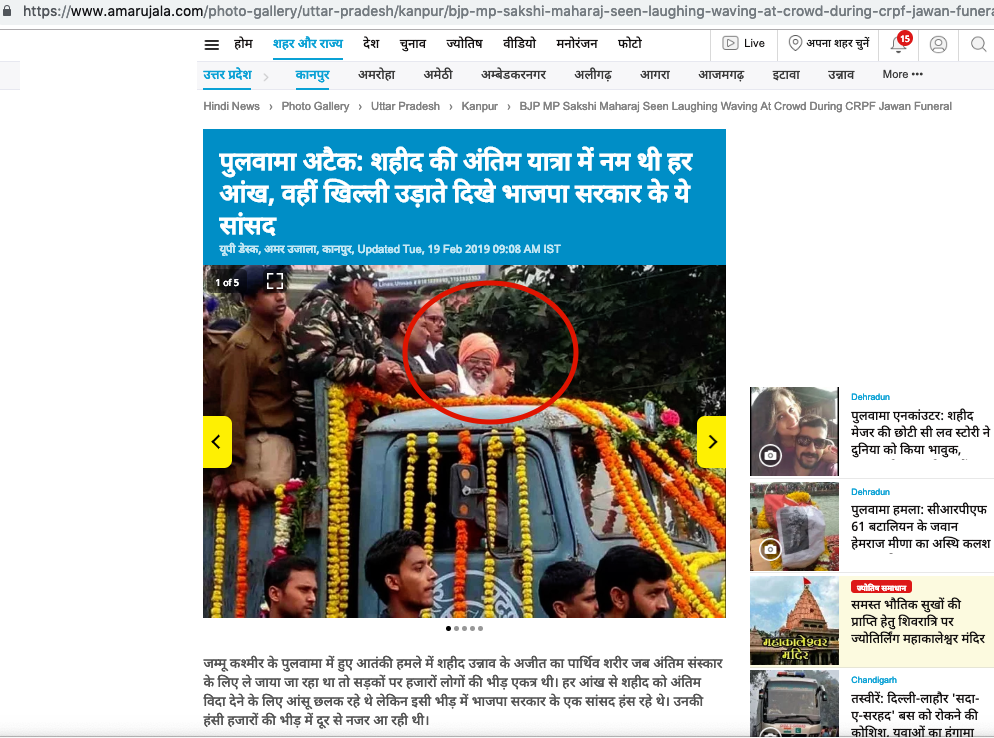 Meanwhile, Union Minister Alphons Kannanthanam’s selfie with the coffin of the martyred soldier is also real. Reportedly, the picture was shared by Alphons on his Facebook page but it was later deleted following criticism. 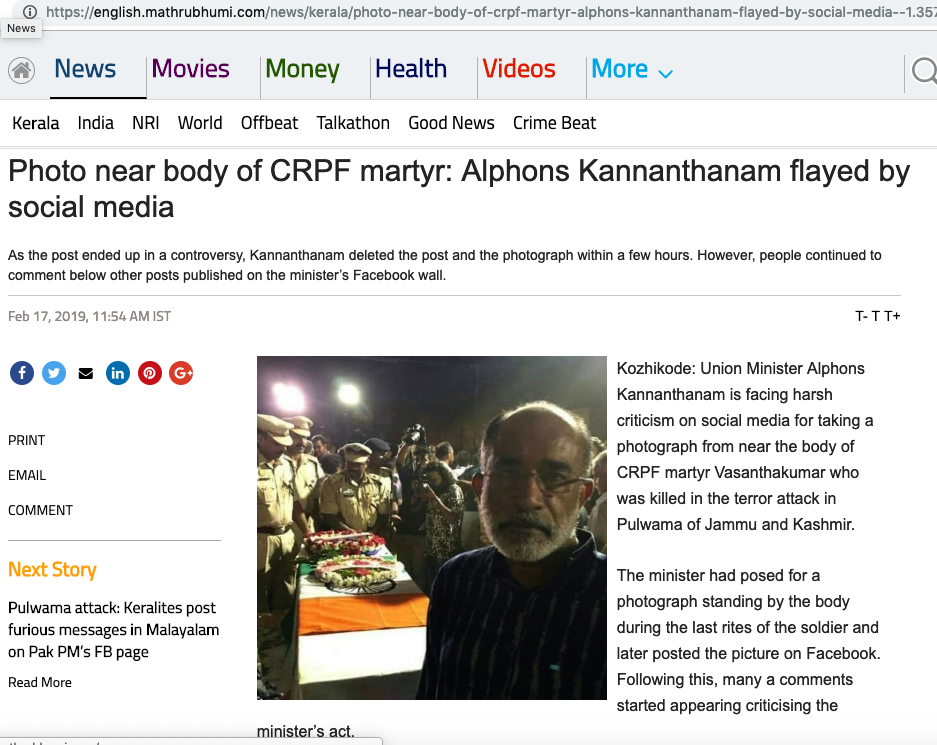 Fact Check: Domino's is NOT giving away two free pizzas for sharing this post

No! Russian President Vladimir Putin never said this on terrorism