Fact Check: Man did not attempt suicide after government's decision of selling LIC

A horrific video has surfaced on the internet in which a man can be seen attempting suicide and it has been claimed that he is an employee of the LIC and he tried to kill himself as he was upset with the government’s decision of selling its stake. 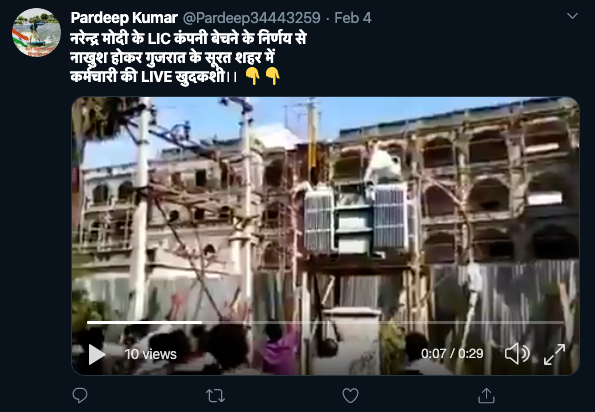 ALSO READ: PM Modi firing with a rifle at a screen with RaGa…

NewsMobile fact-checked the above post and we found the claims attached to the video are FAKE.
On putting the keyframes of the video through Reverse Image Search, we came across several news reports with the screengrab of the same video. 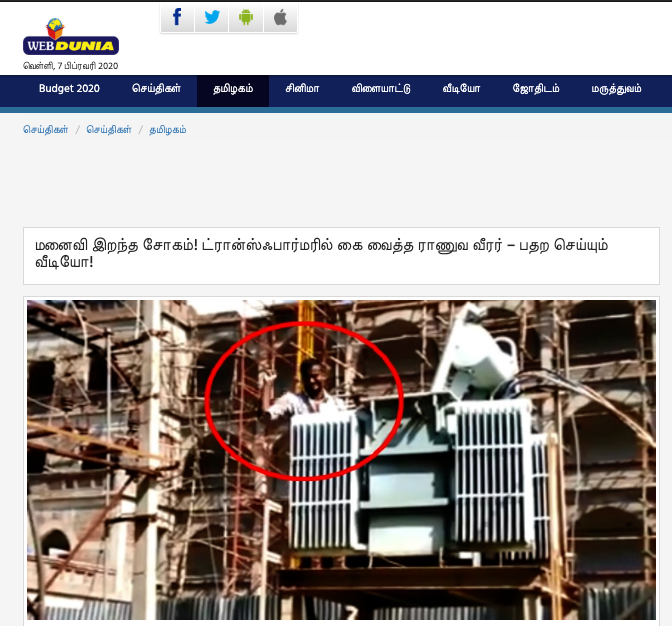 Fact Check: Video of fruit cart being demolished is NOT from UP