Since the political clouds are hovering over the country with General Elections 2019 a few months away, a string of WhatsApp Forwards and viral social media posts are making rounds which are claimed to be polling schedule for the Lok Sabha polls.
The viral message reads polling dates in different parts of India. 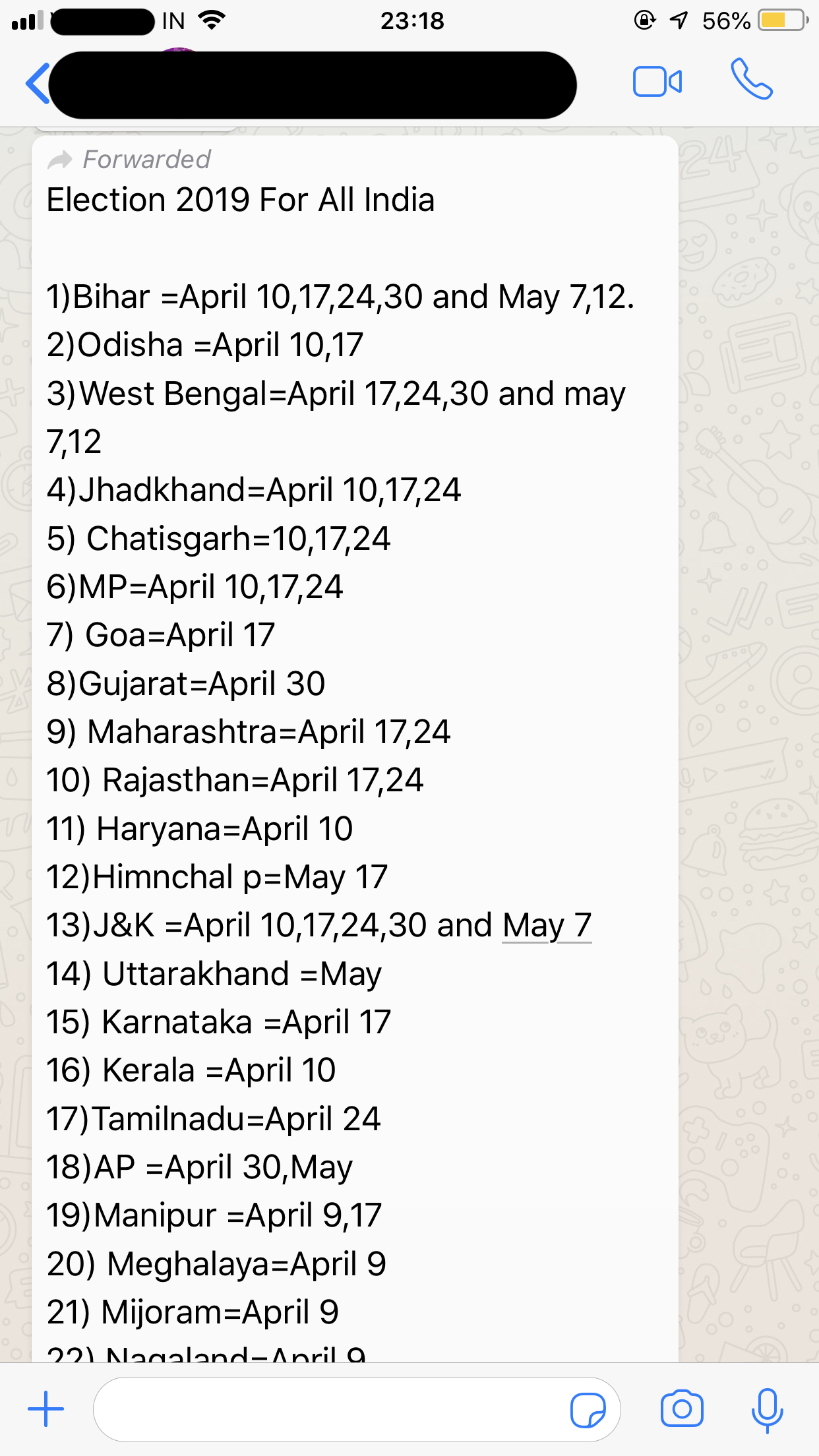 ALSO READ: Don’t believe the news of Rajnath Singh saying ‘be quiet or I’ll slap you’; it’s from 2016 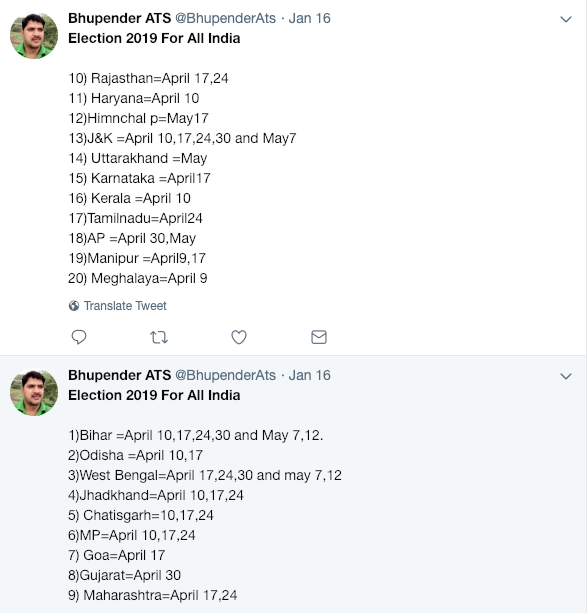 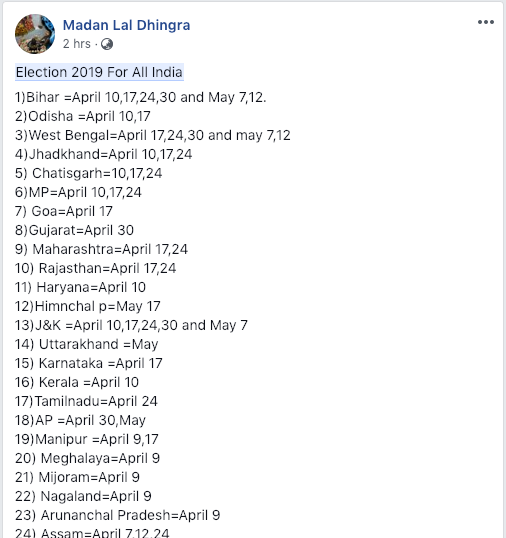 ALSO READ: Alok Verma did not say that Modi is the ‘most corrupt…

When NewsMobile Fact Checked the viral forward, we found that it is FAKE and spreading misinformation as the Election Commission India has not officially announced the schedule for General Elections 2019.
Meanwhile, the Chief Electoral Officer on Thursday wrote a letter to the Special Commissioner of Delhi Police’s Technology Cell in which he stated that the viral message of election dates is making rounds on social media and necessary steps need to be taken to curb it. 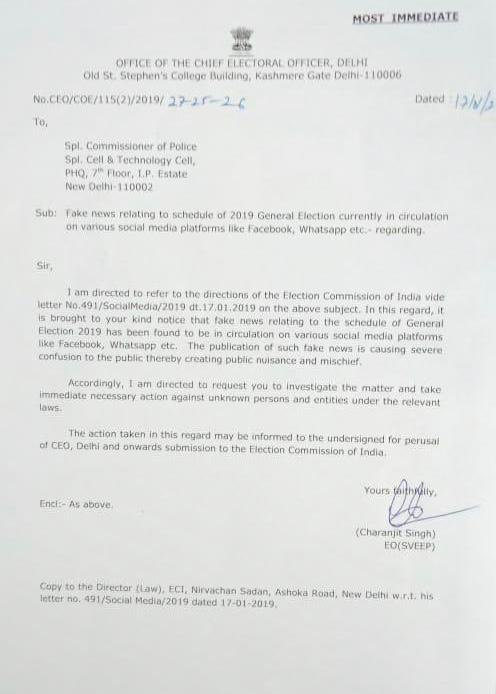 “It is brought to your kind notice that fake news relating to the schedule of General Election 2019 has been found to be in circulation on various social media platforms like Facebook, WhatsApp etc. The publication of such FAKE news is causing severe confusion to the public thereby creating nuisance and mischief,” Chief Electoral Officer, Charanjit Singh stated in the letter.
“I’m directed to request you to investigate the matter and take immediate necessary action against unknown persons and entities under the relevant laws,” Singh added.

Don't believe the news of Rajnath Singh saying 'be quiet or I'll slap you'; it's from 2016