A post is being circulated on social media with a claim that according to a scheme called  ‘Sukanya Dev Yojna’ if someone deposits Rs 1000 per year in the account for 14 years, then when the girl turns 21, she will get Rs 6 lakh. 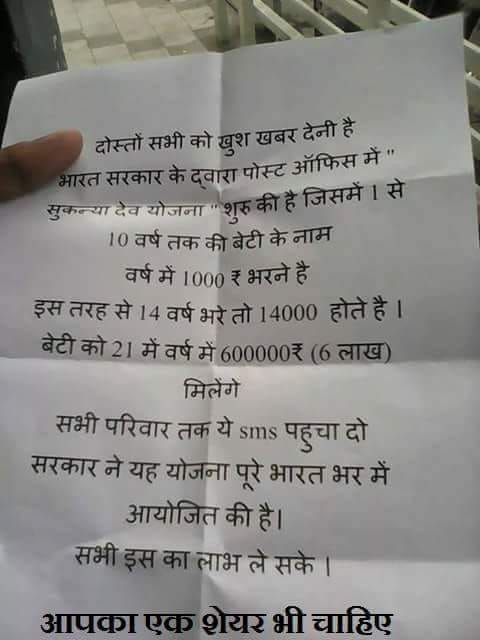 NewsMobile fact-checked the message and found the post to be false.
We checked and found that the Government of India had launched a scheme called Sukanya Samriddhi Yojana and not ‘Sukanya Dev Yojna’.
Sukanya Samriddhi Yojana was launched on 22 January 2015 as a part of the Beti Bachao, Beti Padhao campaign. According to the scheme, through the post office, one can deposit at least 250 rupees in the name of a daughter up to 10 years and a maximum of 1.5 lakh rupees annually. The money has to be deposited only until the daughter is 14 years old and you’ll get the money after the daughter turns 21.
According to Paisa Bazaar, Rate of Interest throughout the 21 years of scheme period is 8.4%.
The article also calculated the total amount one would get upon depositing Rs 1000 every year for 14 years.  The total amount after maturity (21 years) would be Rs 47,508. 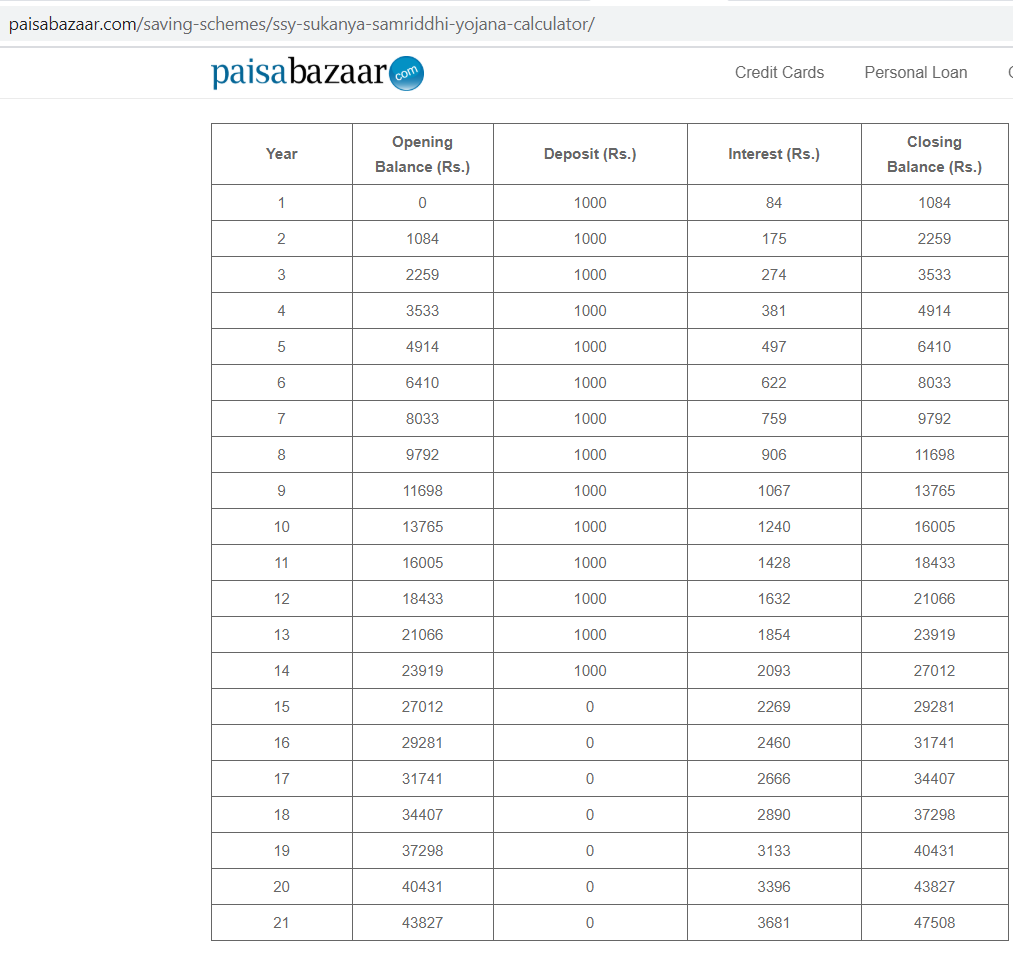 Yogi who went into Jeeva Samadhi 300 years ago, found alive in Tamil Nadu? Here's the truth