Fact Check: BJP's Pankaja Munde was not crying over her defeat in Maharashtra assembly polls

Following the results of the recently concluded elections in Maharashtra, a picture of BJP leader Pankaja Munde in which she can be seen in tears and it has been claimed that “Pankaja Munde was in tears after she lost by 22,000 votes from Parli constituency to her cousin and NCP’s Dhananjay Panditrao Munde”. 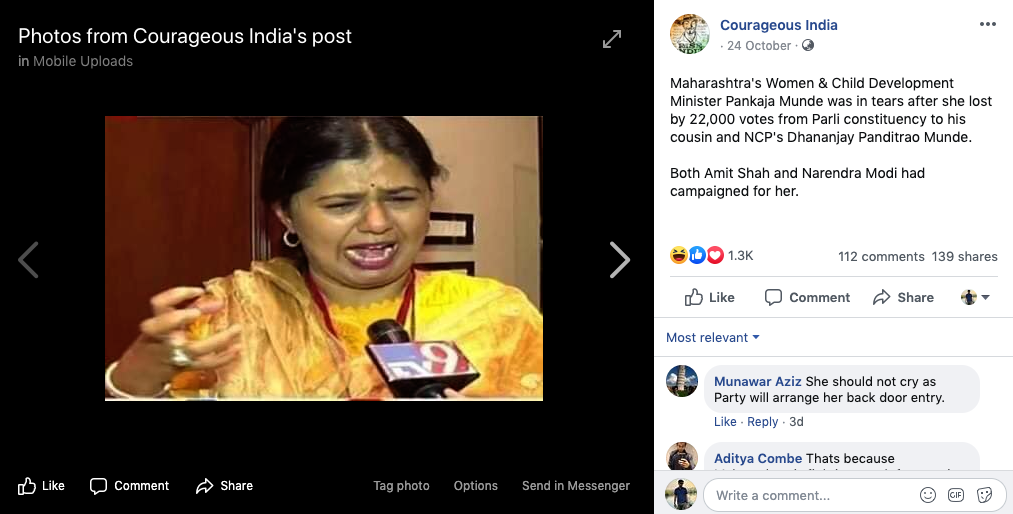 When NewsMobile fact-checked the above post we found the claim attached to it to be misleading.
Since the mic of TV9 can be seen in the picture, we searched on YouTube with keywords such as ‘Pankaja Munde’, ‘Maharashtra’, ‘TV9’, ‘Results’. We came across a video dated October 20th, 2019 on the verified YouTube channel of TV9 Marathi. Since, the results of the Maharashtra Assembly polls were announced on October 24th, 2019, it is clear that Munde was not crying over her defeat in the elections. 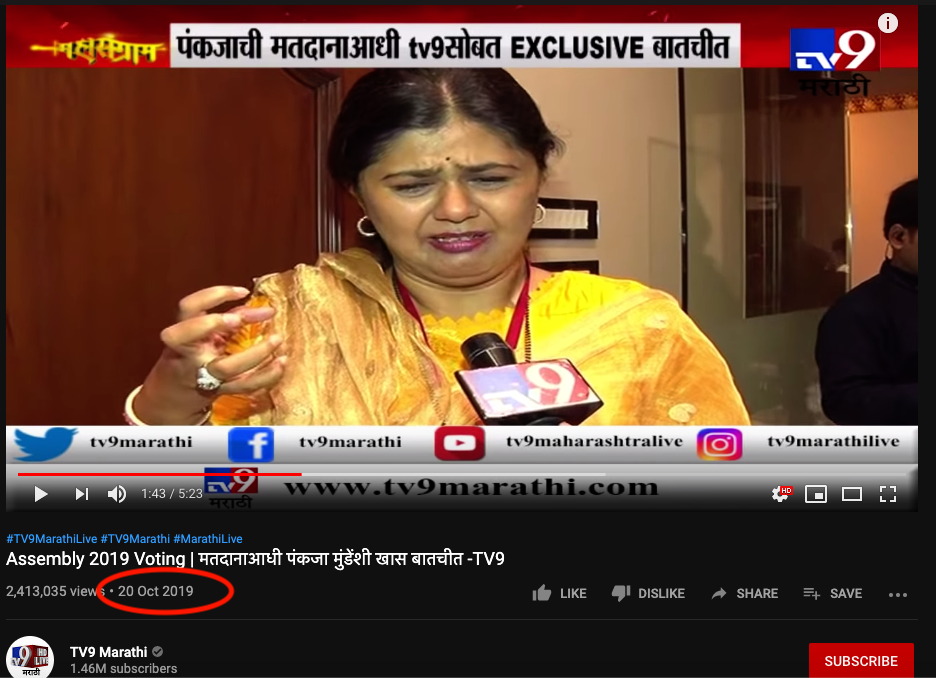 Hence, the above information proves that the claim attached to the picture is FAKE.

Did Imran Khan celebrate this Diwali with Hindu Pakistanis? Here's the truth

Is there a 'fingerprint building' in Thailand? Here's the truth