A picture of Team India’s new away jersey has surfaced on the internet with a caption attributed to it which says, ”Some people have seen team India’s jersey like this!”
The jersey in the post carried an ‘Om’ symbol on the right and a picture of ‘Lord Hanuman’ on the left. In the middle, ‘Patanjali’ was written just over ‘Hindurashtra’.
The caption of the post read: कुछ लोगों को टीम इंडिया की जर्सी ऐसी दिखी! 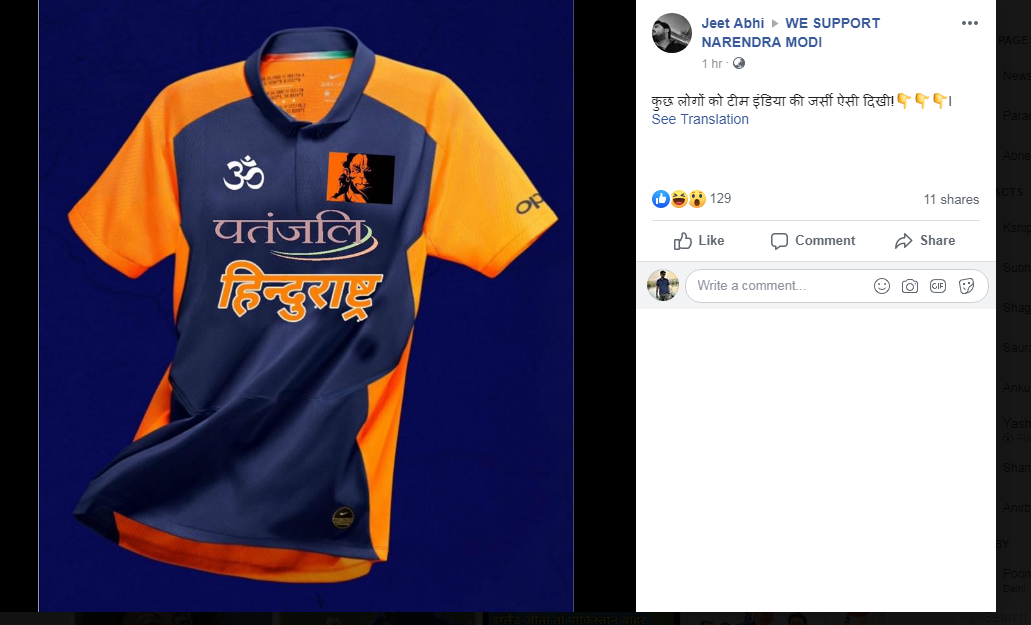 When NewsMobile fact-checked the above post, we found it to be manipulated.
The Board of Control for Cricket in India (BCCI) on Friday (June 28) revealed the Indian Cricket team’s away jersey. The Indian team will sport the orange jerseys during their upcoming World Cup match against England on Sunday, June 30.

Presenting #TeamIndia‘s Away Jersey 🤩🤩🇮🇳🇮🇳 What do you make of this one guys? #TeamIndia #CWC19 pic.twitter.com/TXLuWhD48Q 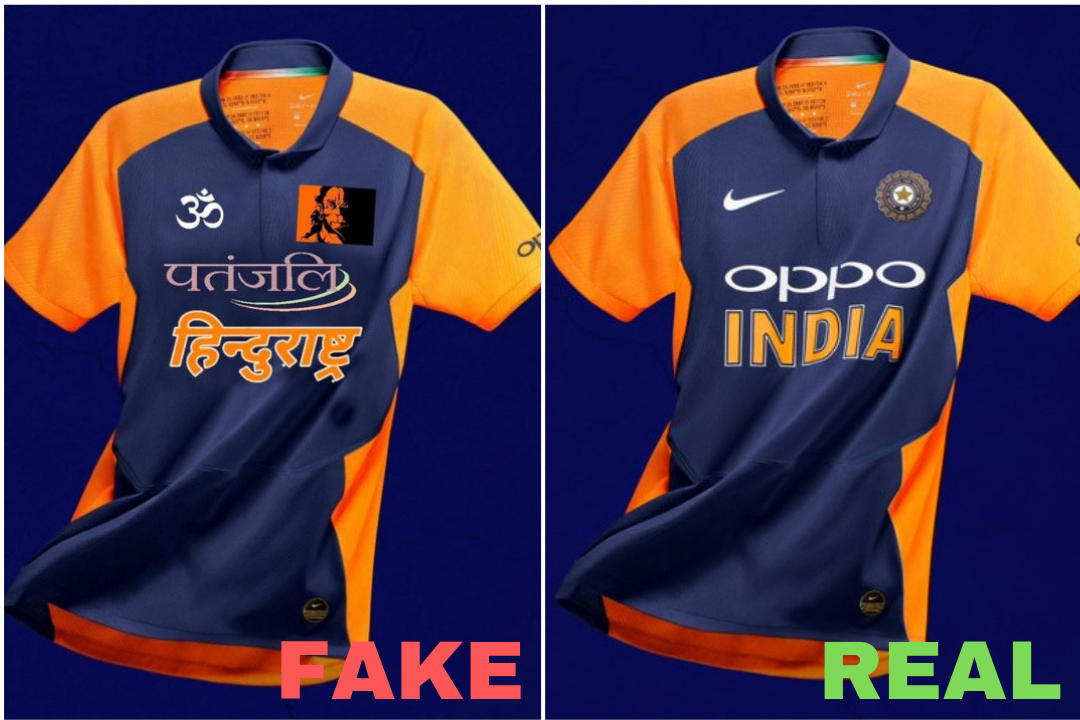 In the above FAKE vs REAL collage one can easily make out the difference between the two. ‘Hindurashtra’ isn’t written on the front, neither ‘Patanjali’ is sponsoring the new jersey, it proves that the above picture is manipulated using Photoshop software.

No! The crowd did not force this old man to dance

Fact Checked: Here's the truth behind this picture of Heeraben Modi