Don't believe this video of Delhi cop; here's the truth

Amid the violence in New Delhi, a video had surfaced on the internet in which a police official who identifies himself as Rakesh Tyagi of Delhi Police can be heard speaking about strict action and shoot-at-sight orders.

ALSO READ: Fact Check: These pictures of women bleeding is not from Delhi

NewsMobile fact-checked the above post and found the claim attached to the video to be FAKE.
On putting the keyframes of the video through Reverse Image Search, we came across a bulletin on the YouTube channel of ABP News dated December 29, 2019, which had featured the same video. 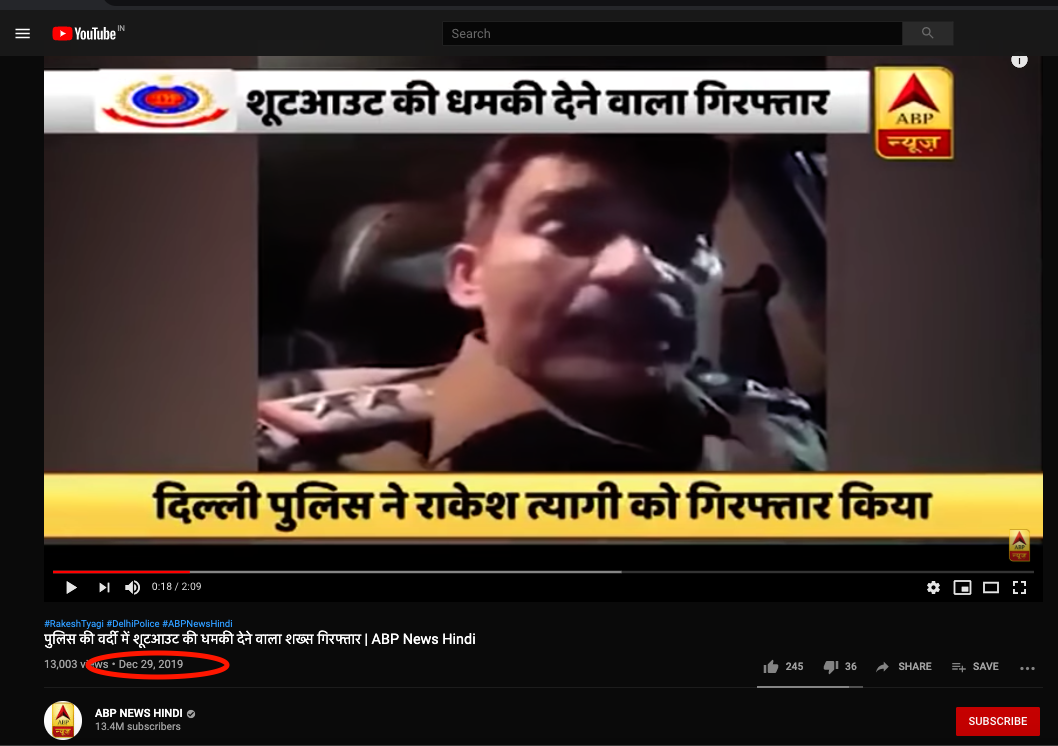 According to the caption of the video, Rakesh Tyagi (man in the video) had taken VRS in 2014 and he was arrested by Delhi Police for impersonation.
Moreover, the Press Information Bureau (PIB) in a tweet rubbished the claims attached to the video.

An old video is falsely being shared in the context of #DelhiViolence.

The video is of Dec 2019 & the accused was arrested by Delhi Police for impersonation.
Read: https://t.co/iIaGQsMzP9
Be aware of old videos shared out of context. Help us Fight #FakeNews #PIBFactCheck pic.twitter.com/g4tsgQh2b7
— PIB Fact Check (@PIBFactCheck) February 28, 2020

In conclusion, it’s an OLD video which is falsely being shared in the the context of Delhi violence.

Fact Check: This picture of policemen holding stones is OLD