Don't believe this claim of man being punished by God for burning Quran; here's the truth

A set of two pictures is making rounds on social media with a claim that the man who had burnt the Quran was punished by God as his hands got burnt in a separate incident and this was Allah’s ‘retaliation’ to his impious act.
The text with the picture read: The punishment of God. Hands of the hatred person burnt in the incident of burning the Holy book (Quraan). Share it to show the entire world, that indeed God Himself has taken the responsibility of protecting the Holy book. 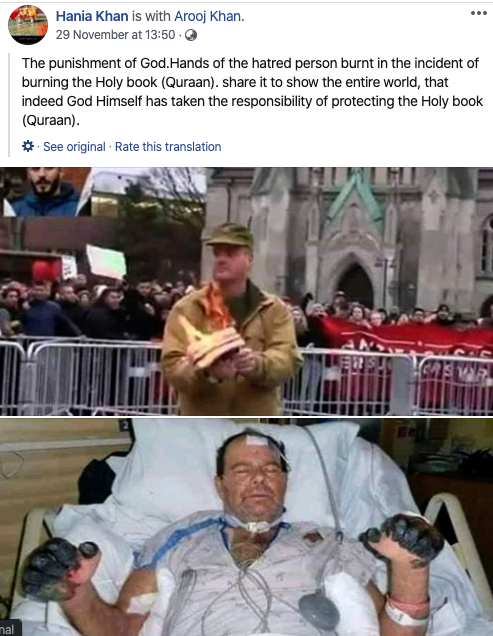 ALSO READ: No! The man thrashed by cops in the viral video is…

When NewsMobile fact-checked the above post, we found that both the pictures are unrelated and claim attached to it is FAKE.
Picture 1
On putting the first picture through Reverse Image Search, we came across an article on Russia Today dated November 19th, 2019 which had featured the same picture. 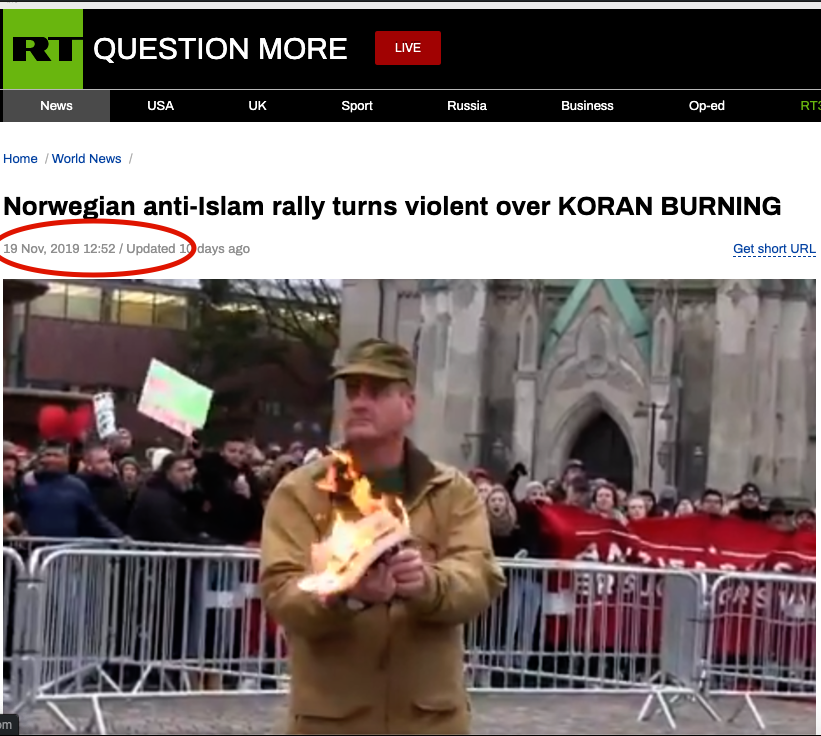 According to the report, the picture is from a Norwegian anti-Islam rally.

The man in the picture is Lars Thorsen, leader of Stop Islamization of Norway (SIAN) group who defied a police order against burning the holy Muslim book.
Picture 2
On putting the second picture through the Reverse Image Search, we found that man in the picture is Paul Gaylord, a resident of Oregon, USA, who suffered from bubonic plague.
We came across an article on Daily Mail dated September 19th, 2012 which stated that “the man who nearly died from the plague in June has now lost his withered fingers and toes to the disease known as the Black Death”. 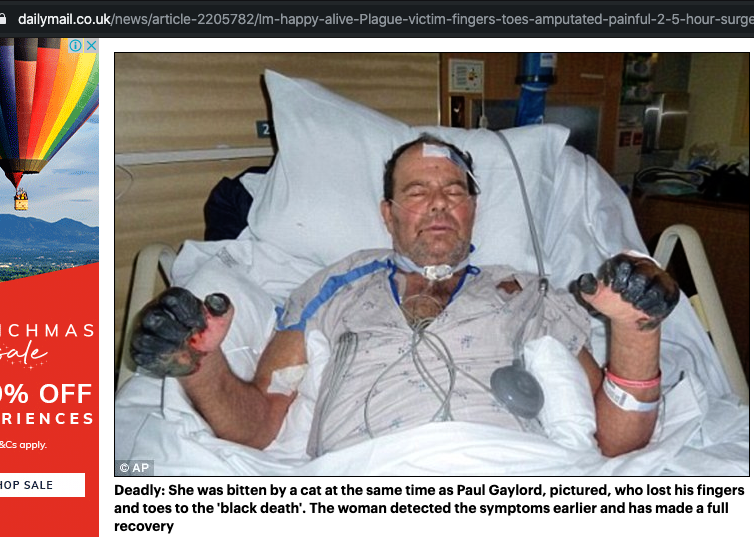 In conclusion, the above information proves that both pictures are unrelated and of two different men, hence, the claim attached is also FAKE.

Ladli Foundation financing weddings of daughters of poor families? Here's the truth behind this viral message