Did PM Modi meet his mother after winning 2019 LS polls? Here's the truth behind the viral video

After Prime Minister Narendra Modi’s thumping victory in the 2019 Lok Sabha polls, a video of himself with his mother has surfaced on the internet and it was claimed that PM Modi went to meet his mother after results were announced.

At the time of filing this report, the above video was shared by over 4,000 Facebook users.

When NewsMobile came across this video, we found that though the video is real it is an old video.
When we put the keyframes of the video through Reverse Image Search, we found a video on the official YouTube channel of ABP News titled ‘Modi meets mother before leaving for Delhi’ dated May 22nd, 2014.

Moreover, on observing both videos closely, we also found that the video uploaded in 2019 is flipped. 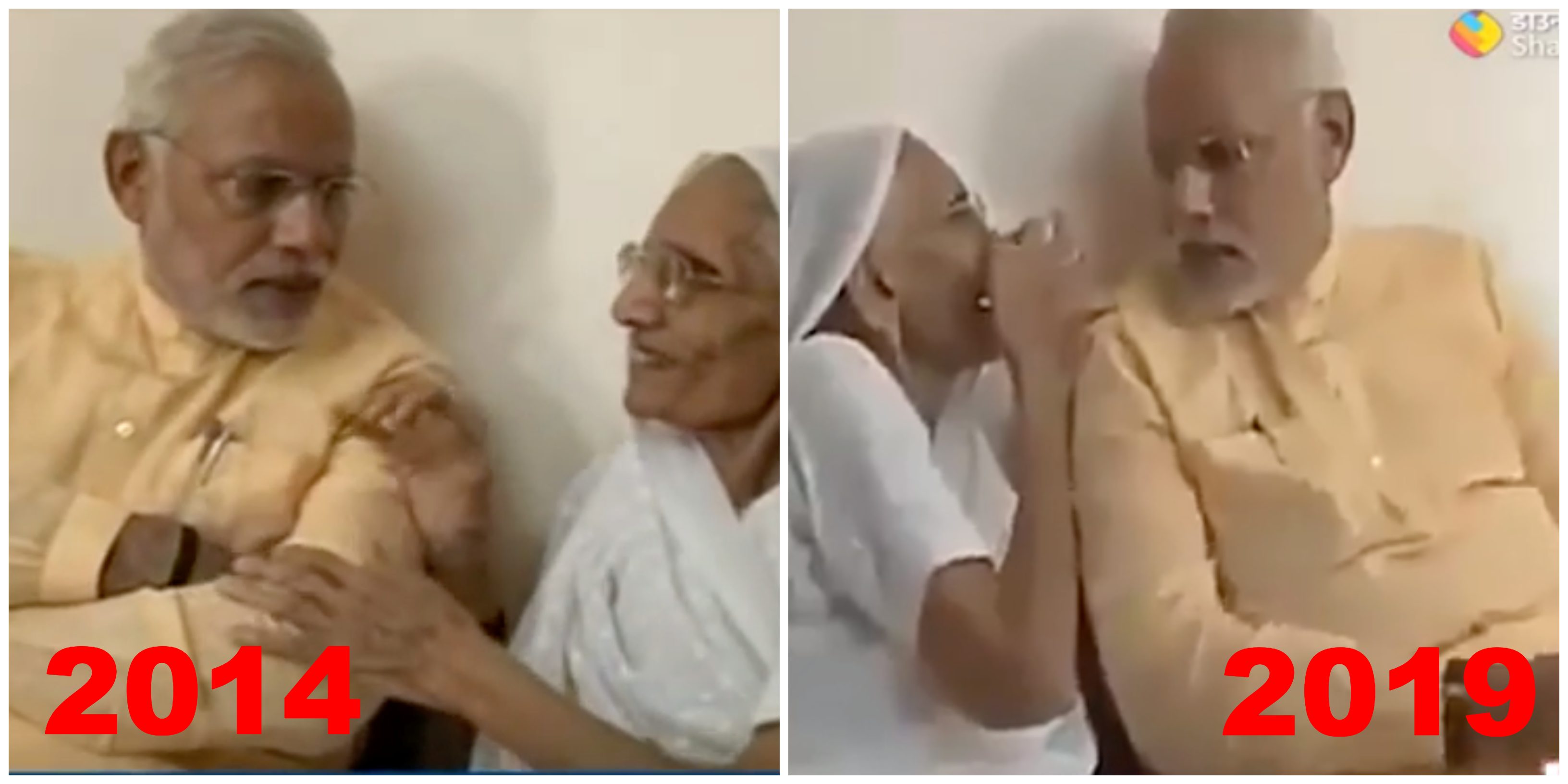 Meanwhile, there have been no reports so far of PM Modi visiting his mother after the results of 2019 polls.
Hence, this proves that the claim attached to the video is misleading.