A picture has surfaced on the internet in which the Crown Prince of Abu Dhabi, Sheikh Mohamed Bin Zayed Al Nahyan, can be seen alongside with Prime Minister Narendra Modi. In the picture, Sheikh Mohamed can be seen wearing saffron cloth with ‘Jai Shri Ram’ written on it.
The caption of the video read: “योगिजी ने गिफ्ट मे दिये भगवा कपडे को यूएई के प्रिंसने पहनके मोदीजी के साथ तस्वीर खीचाई”

(Translation: UAE’s prince wearing the cloth gifted by Yogi ji and got a picture clicked with PM Modi.)

NewsMobile fact-checked the above picture and found it to be false.
On putting the picture through a simple Reverse Image Search, we found the original picture which Sheikh Mohamed is wearing his regular white cloth. 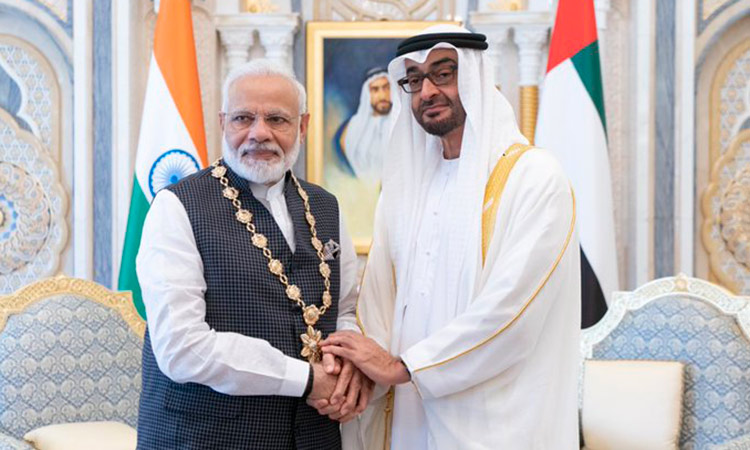 The picture was taken when Prime Minister Narendra Modi was conferred with ‘Order of Zayed’ by Sheikh Mohamed. The picture was used in a report by Gulf Today. 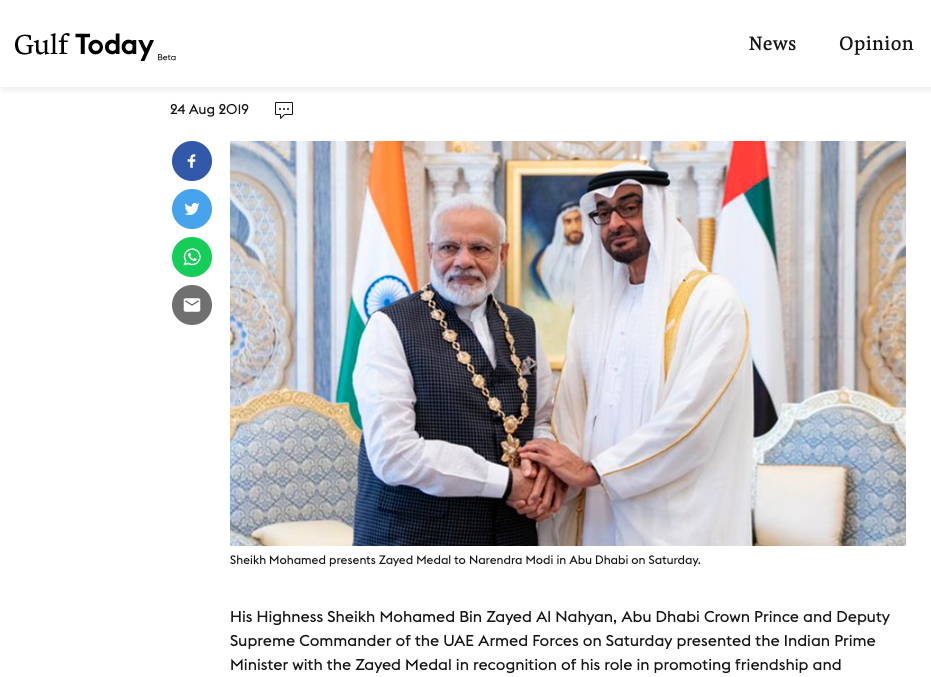 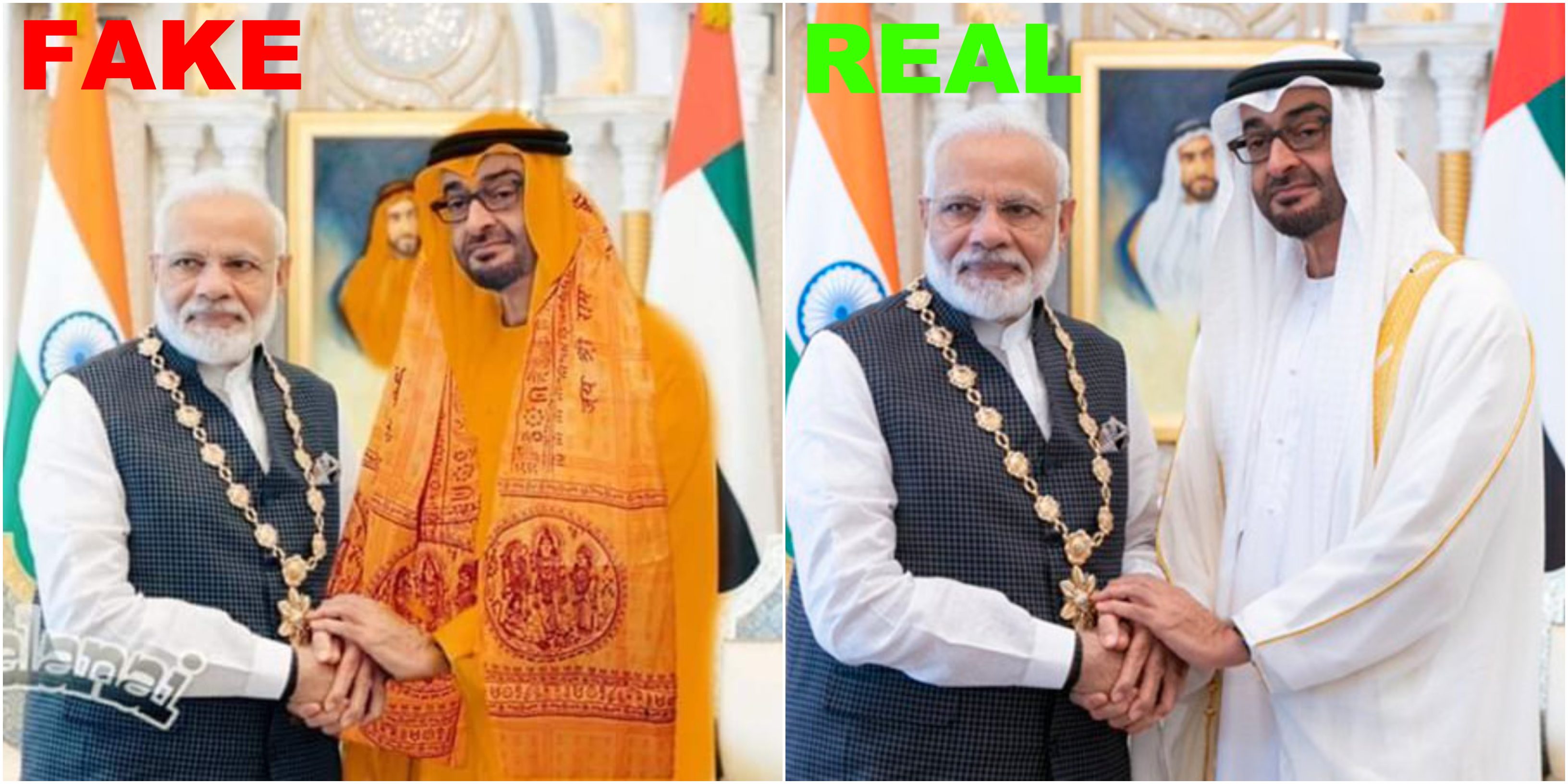 In the above FAKE vs REAL collage, it is clear that the picture making rounds on social media is Photoshopped.

No, Ronaldo did not send three planes to extinguish the Amazon fire