When NewsMobile fact-checked the above viral picture, we found it to be photoshopped.
On putting the picture through Reverse Image Search, we found the original picture which featured RSS chief Mohan Bhagwat.

As per the caption of the picture, it was taken by newswire PTI, on October 3rd, 2014 during Vijay Dashmi function at RSS headquarters in Nagpur. 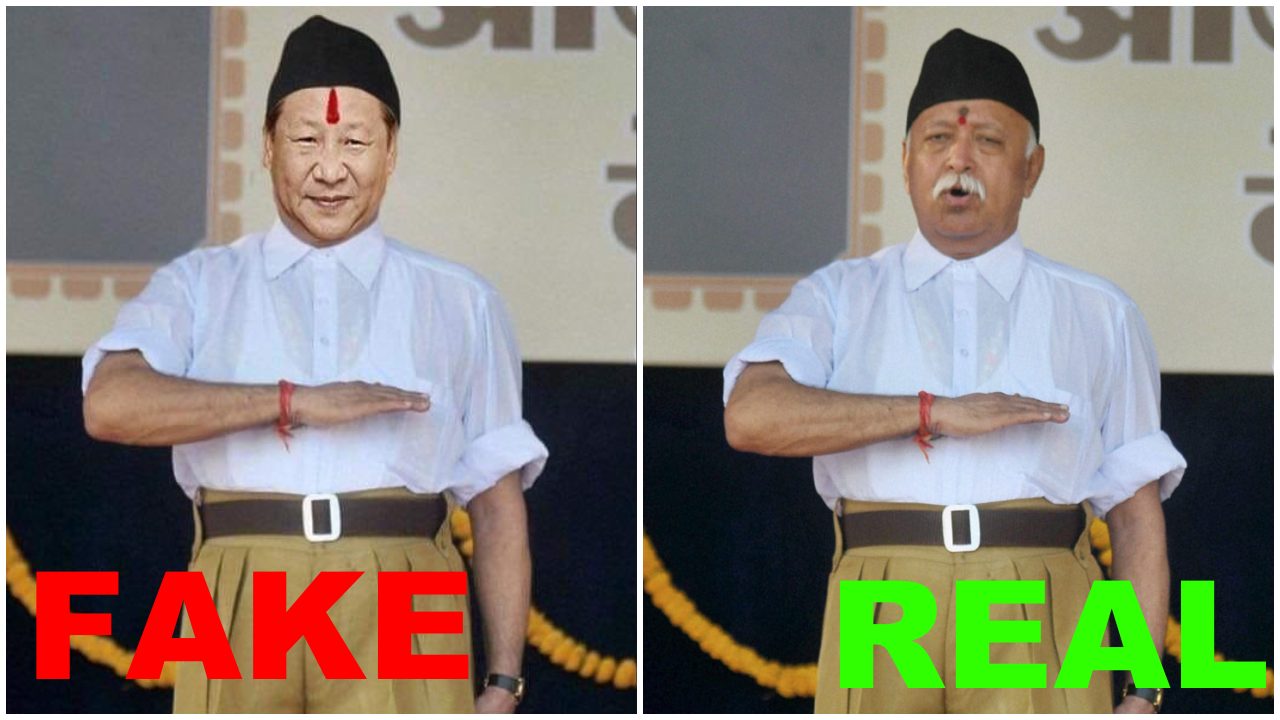 In the above FAKE vs REAL collage, it is clear that Xi Jinping’s face was superimposed on Mohan Bhagwat’s original picture.
On digging further, we found the tweet of the person who originally posted the photoshopped image.

His Twitter bio read “I photoshop pics for PUN.”

Hence, the viral picture is FAKE.

Did Obama endorse Akhilesh Yadav for the Prime Minister of India? Here's the fact check